Back to Florida Folk Festival 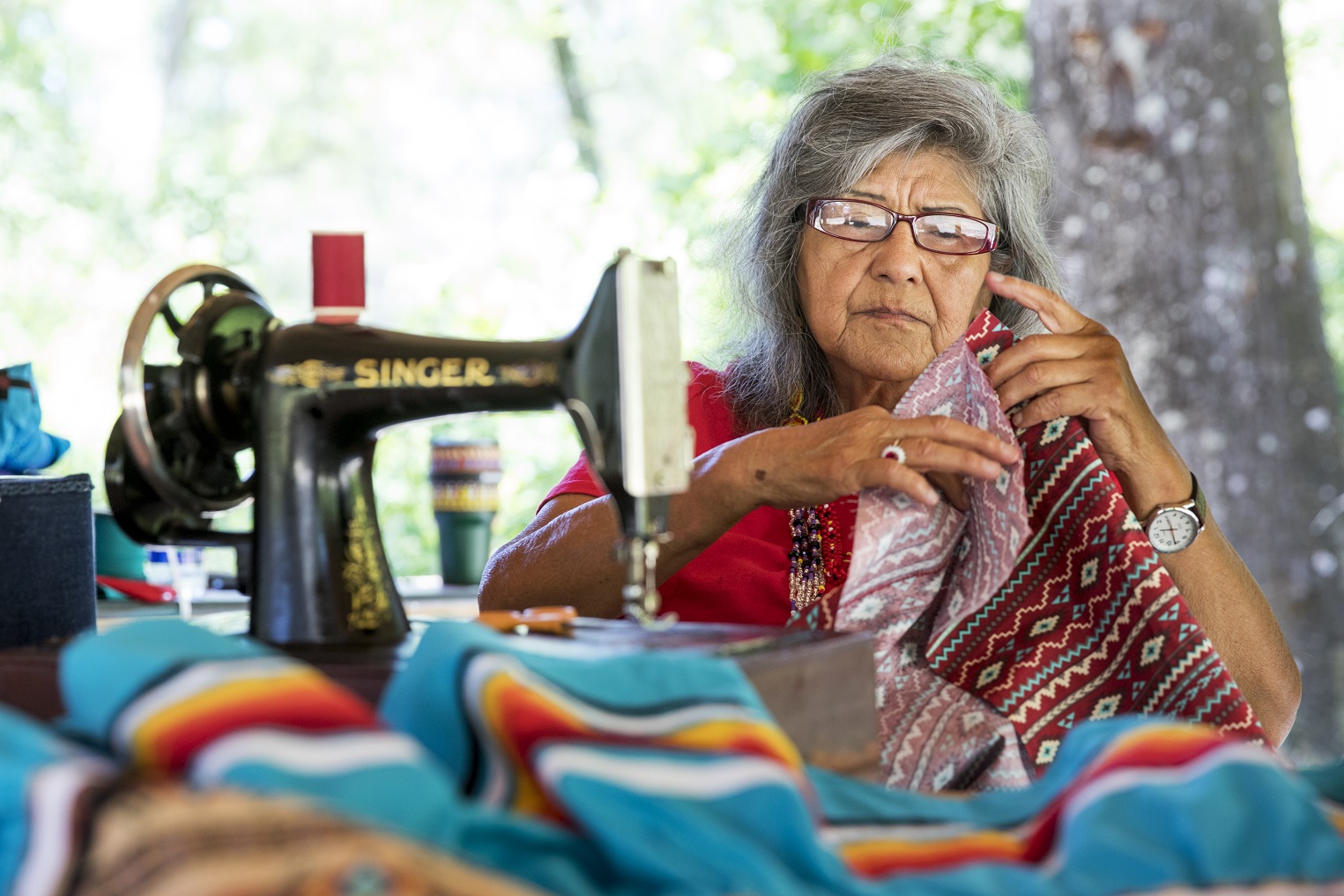 In 1771, John Stuart, an agent of the British government, was the first to use the term "Seminoles" in writing when he referred to the Creeks of East Florida as Seminoles. Soon, the name was used to indicate all of Florida's Native American people.

Patchwork is the process of sewing pieces of cloth into rows of designs joined to make garments. Seminole women use the sewing machine to evoke fire, rain or storm in traditional patterns. 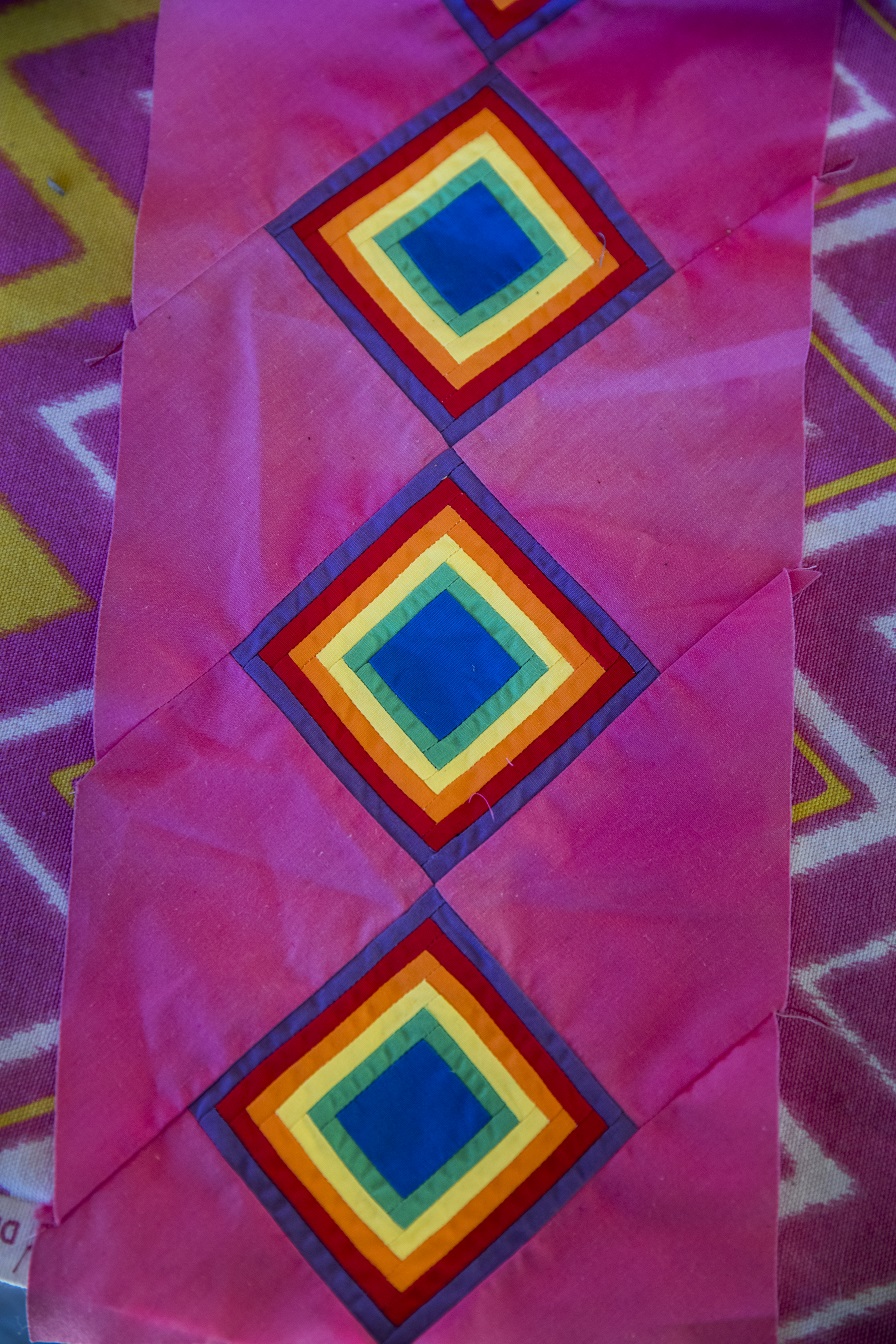 Contemporary Seminole beadwork necklaces, belts and sashes use nylon thread, an odd (never even) number of beads and a 10-inch loom. Onnie Osceola will explain why.

Carla Cypress will demonstrate the unique Seminole doll-making tradition. The dolls are made of palmetto fibers, hand sewn to create the head and body, and dressed in traditional Seminole costumes.

Seminole basketry as it exists today features old and new traditions, the use of native materials and the influence of other cultural groups.

Malcolm Jones will demonstrate the two distinct types of basketry: coiled and twilled. Seminoles make coiled baskets for the tourist trade from sweetgrass, which grows in open palmetto-covered fields. Artisans coil the bundles of grass and sew them together with embroidery thread. The bottom of the basket is usually made of palmetto fiber. Twilled baskets were once made of cane but are now made using split palmetto stems, a more readily available material. 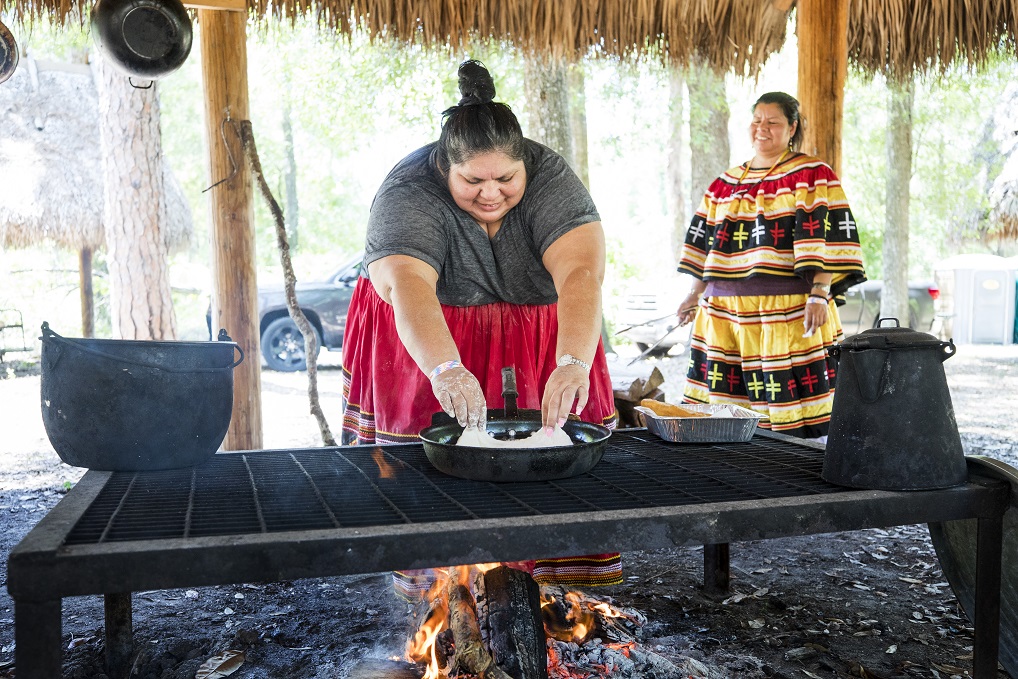 Food sources in Seminole folklore include game meat such as deer, turtle, fish and vegetables such as corn, beans, sweet potatoes and squash. Of these, corn is the most frequently used.

One product is sofkee, a cold beverage made of corn by combining hominy meal (hulled corn) with boiling water then allowing the drink to cool. In Seminole frybread, a batter mixture is fried in hot grease in a flat-bottomed pot over an open fire.

Luis Venzor will demonstrate the Seminole tradition of woodcarving.