The 2019 Florida State Parks Fall Photo Contest winners have been chosen, and we still enjoy looking at these great photos.

We talked to a Florida Park Service biologist about the science behind these images and how the beauty in a single image is connected to the ecosystems state parks protect.

Dan’s job doesn’t usually include looking at photos, but he’s an expert on Florida nature. We asked Dan to give us his insight into the three pictures that won the 2019 Fall Photo Contest.

Grand prize winner “Forest Fit,” shot by Jim Uhing at Wekiwa Springs State Park, may look like a straightforward image of a beautiful open forest, but under the surface complex natural processes shape the scene.

“A healthy forest is a lot like a healthy body,” Pearson said. “This habitat at Wekiwa Springs State Park depends on regular fires for its health. Like a cyclist taking vitamins and eating a balanced meal after a long bike ride, applying prescribed fire helps return nutrients to the soil and releases carbon from dead wood to be recycled into new plant growth. Fire cleanses the forest, clearing out overgrowth, improving wildlife habitat, reducing the risk of wildfire, and making the forest open and pleasant to explore.”

“Great horned owls typically rule the roost, and the other owl species have to be watchful, lest they run afoul of a hungry great horned owl.” Pearson said. “In this photo, we can see one of the differences between the great horned owl and smaller owls like the barred owl. This mother and fledgling probably shelter in the cavity of that dead palm tree where the female nested.

"Barred owls share this cavity-nesting behavior with other smaller owl species that the great horned owl preys upon. Nesting in cavities provides barred owl chicks with protection from predatory species. The photo shows the importance of protecting old-growth trees and snags and half-fallen dead trees, which support many species.”

“Beneath the graceful wings and plumage of the great blue heron lurks a predator,” Pearson said. “Birds aren’t just pretty feathers - they are some of the last living dinosaurs. Thought to be the descendants of such terrifying beasts as Tyrannosaurus rex and the Velociraptor, a hunting great blue heron is a frightful sight to a fish, amphibian or even a smaller marsh bird. If great blues were much bigger, we’d be running from the birds!”

This article was published in the Real Florida Connection, the Florida State Parks e-newsletter. Sign up to receive updates and stories from your state parks the first week of every month.

END_OF_DOCUMENT_TOKEN_TO_BE_REPLACED 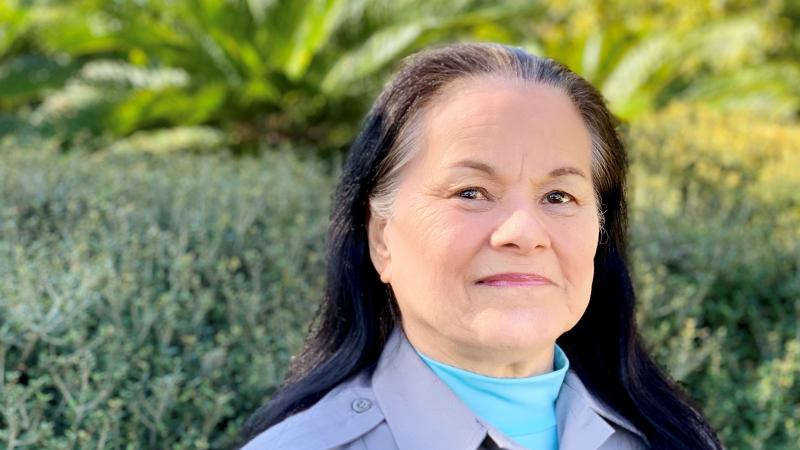 Show Parks Some Love: Conversation with a Park Volunteer

This February, show parks some love! Volunteering at Florida State Parks is fun and rewarding. We talked to a volunteer about her experience at Weeki Wachee Springs State Park. 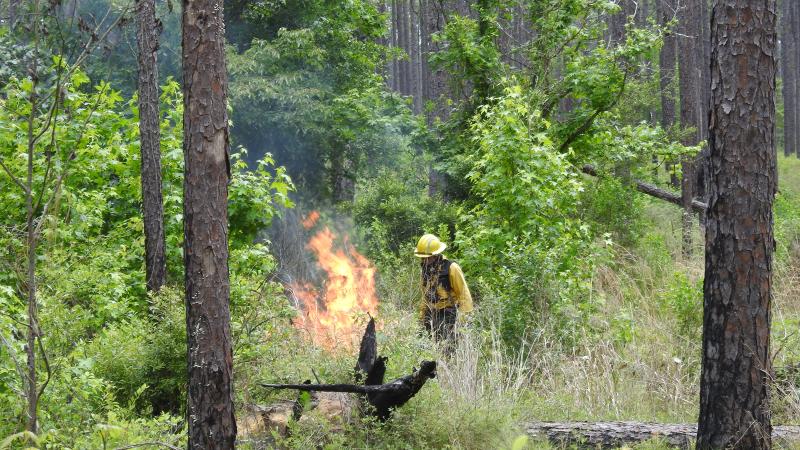 The Florida Park Service is celebrating 50 years of prescribed fire in state parks. To commemorate the occasion, burners and staff gathered for a prescribed fire at Falling Waters State Park - the site of the first prescribed burn in 1971. 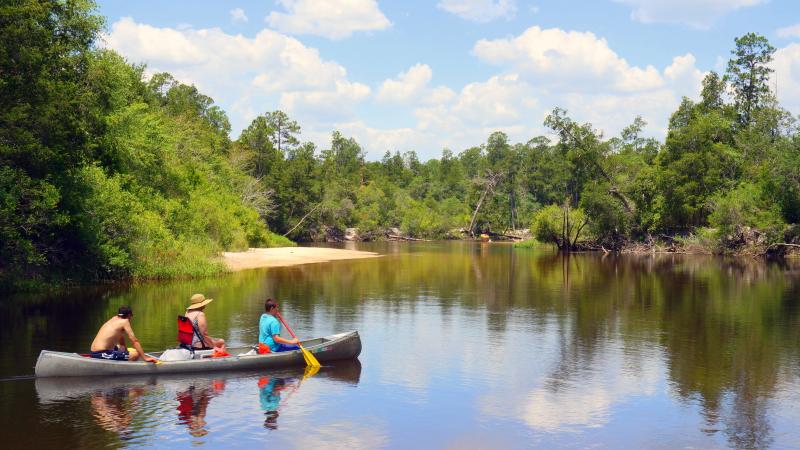 As the weather gets warmer, there are more beautiful days to be spent enjoying and exploring the outdoors. Celebrate Outdoors Month in June by visiting the Real Florida and connecting with nature.