Rocks, sediments, landforms, and water across the state tell a fascinating story. Have you ever wondered why Florida has so many lakes, springs, beaches, and sinkholes? The answer lies within Florida’s vast geological past, which intertwines human history, earth history, ecosystems and economic development. The framework and foundation of all of Florida’s natural systems was created by geological processes that have shaped Florida’s landscapes over millennia.

Springs are karst features formed by the dissolution of limestone. As their cool water flows to the earth’s surface, springs offer a window into the Floridan aquifer, which provides more than 90% of our drinking water. Perhaps the most famous spring is located at Edward Ball Wakulla Springs State Park. This spring also tells a story of Florida’s past - several Pleistocene fossil mammals, including a mastodon, have been recovered from the spring vent along with stone and bone tools used by prehistoric inhabitants.

Sinkholes and caves are other karst features that allow you to experience the wonders of Florida geology. Examples of these features can be found in Falling Waters State Park, featuring a waterfall into a cave system, Florida Caverns State Park, which offers tours through a cave that contains exquisite mineral formations, and Devil's Millhopper Geological State Park, featuring a lush ecosystem within a large ancient sinkhole.

Dozens of state parks are located along Florida’s beautiful beaches, including the towering dunes at T. H. Stone Memorial St. Joseph Peninsula State Park.  Geologic processes helped shape the terrain of these parks and their diverse flora and fauna. Some parks located near the coast offer examples of Florida’s recent geological and human history.  At Anastasia State Park Spanish explorers quarried coquina, a stone made of naturally cemented fossil shell fragments, and used it to construct a fort. Windley Key Fossil Reef Geological State Park offers an opportunity to stand inside a fossil coral reef. This limestone reef was mined to build the first railroad across the Florida Keys.  Florida’s economic prosperity is tied to geologic resources like limestone, sand, clay, phosphate and water.  Examples of some of these geologic resources have been protected and preserved within Florida’s amazing state parks!

END_OF_DOCUMENT_TOKEN_TO_BE_REPLACED 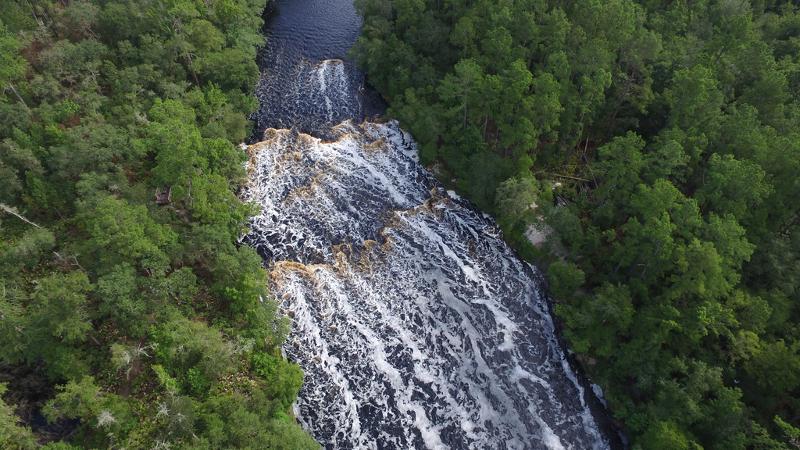