Over a length of nearly 600 feet, the Suwannee River loses 10 feet of elevation. That’s 1 foot down for every 60 linear feet as one travels downriver. Though this may not sound like much, when the river’s stage is between 59 to 61 feet in elevation, this elevation change is sufficient to create the only location in Florida with Class III whitewater rapid designation. According to the International Scale of River Difficulty presented by AmericanWhitewater.org, there are six classes of whitewater rapids increasing in difficulty and risk from one to six.

Big Shoals State Park encompasses two tracts of land near each other along the Suwannee River in southeast Hamilton and northwest Columbia counties near White Springs, where the river’s shoals are composed of rock. Big Shoals State Forest, the property sandwiched between the park’s two tracts, is also public land. The eastern tract, upriver, is where the park’s namesake shoals are found. The western tract, downriver, is where a second and smaller set of shoals exist, appropriately named Little Shoals. Although it is fun to canoe or kayak over Little Shoals, it does not produce Class III whitewater rapids.

Except for along the river, the park’s tracts are blanketed by a thin layer of undifferentiated Quaternary (present day in geologic history) sands and clays that are generally less than 20 feet thick. The park is underlain by the middle to late Miocene Statenville Formation of the Hawthorn Group. Green et al. (2006) described the Statenville Formation as an interbedded sedimentary sequence of quartz sand, clays and dolostones with abundant phosphate grains. The Statenville Formation is mined in Hamilton County for its phosphate.

At a low river stage, accumulated phosphate and quartz gravel can be observed in the hollows of the dolostone shoals. Dolostone is a type of rock that is made up of calcium carbonate and is rich in magnesium. These carbonate rocks formed as a shallow reef environment when sea level was much higher. Unlike limestone, dolostone is very resistant to dissolution by naturally occurring acids that are in rain and surface water.

Limestone will readily, yet slowly, dissolve when in contact with those waters, which is a process that geologists call chemical weathering. Dolostone, on the other hand, is very resistant to chemical weathering because of its rich magnesium content. As such, the dolostone shoals stand strong and provide a natural spectacle for Big Shoals State Park’s many visitors.

END_OF_DOCUMENT_TOKEN_TO_BE_REPLACED 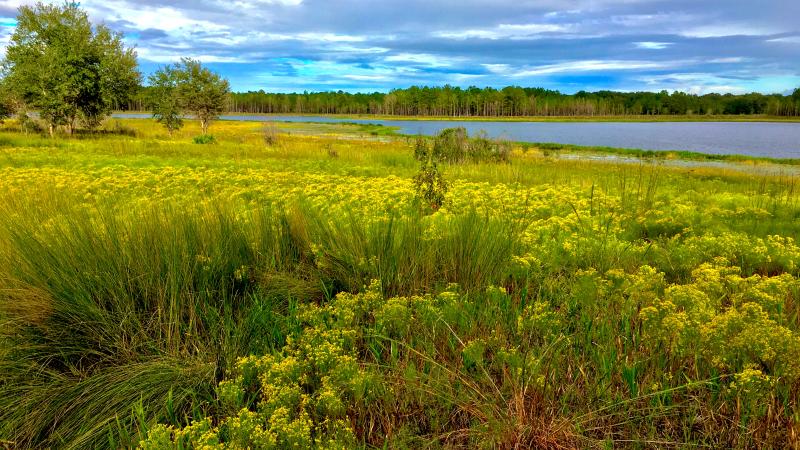 The sinkhole basin is important in the development of the park’s signature landforms - the steephead ravines. 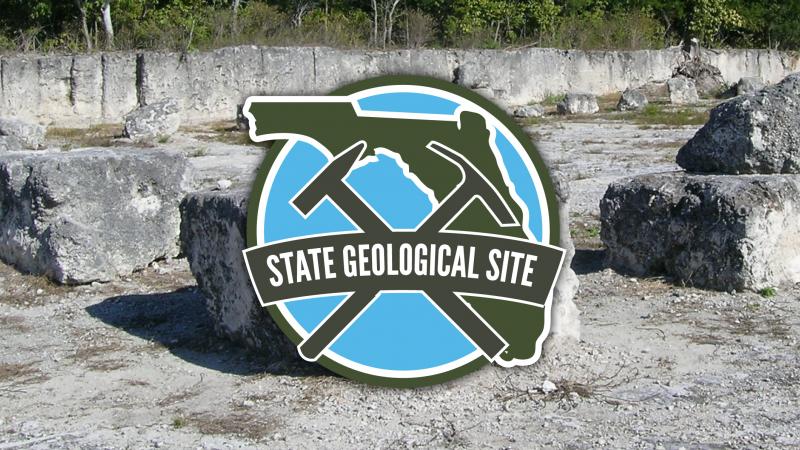 Windley Key Fossil Reef Geological State Park provides a beautiful exposure of a geological unit known as the Key Largo Limestone. Fossil corals and other ancient marine life are preserved in these rocks and record a unique part of Florida’s geologic history. 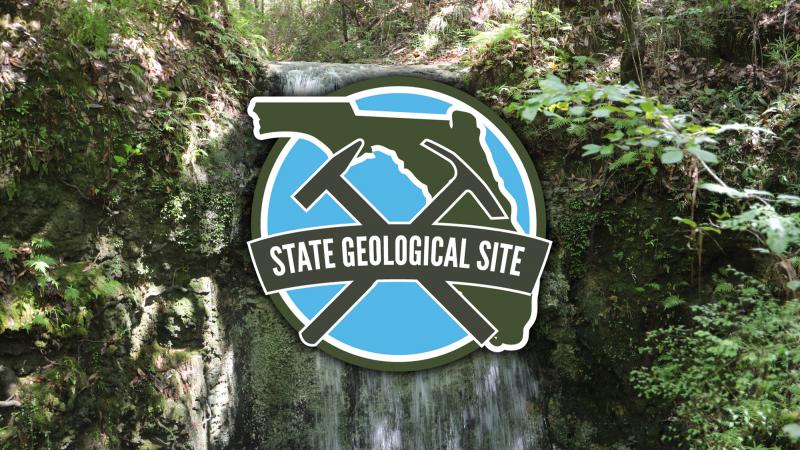 Falling Waters State Park is the only place in Florida where visitors can see a 70-foot-tall waterfall! When there is sufficient rainfall, surface water cascades over the rim of a large, circular depression before disappearing into a cave.