Back to Fort Cooper State Park

Located at parking lot #2 is a half-mile paved connection to the Withlacoochee State Trail, a 46-mile paved multi-use trail. 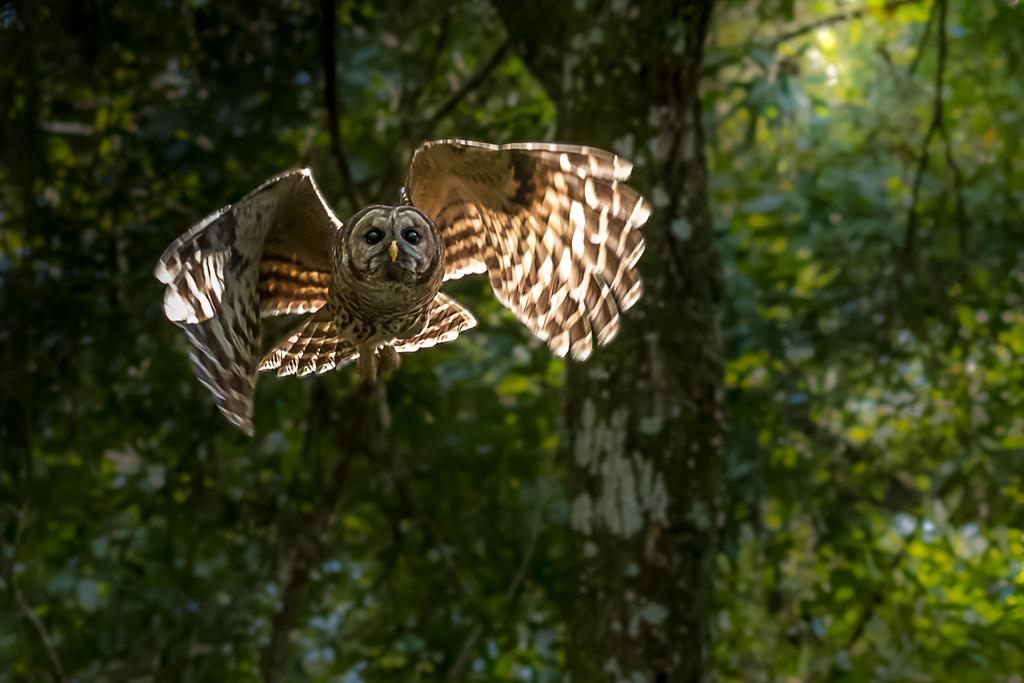 As part of the Great Florida Birding and Wildlife Trail, the park offers more than 5 miles of self-guided trails with excellent bird and wildlife viewing.

A primitive group camp is available for organized groups. Three sites are available that can accommodate up to 25 people and one smaller site for eight or fewer. The camp is nestled in an oak hammock with a fair amount of shade.

There are no showers or electricity. Portolets and potable water are available. There is a picnic table, grill and fire ring at each site.

Explore the park in a new and challenging way. Experienced geocachers have requested permission to hide caches containing trinkets, treasures or information in various places around the park.

Please check the Geocaching website for the most up-to-date information and clues to locate these caches.

There are approximately 5 miles of self-guided nature trails including the Dogwood Trail, the Fort Site Trail and the Sand Hill Loop. These easy to moderate self-guided trails meander through hammocks and sand hill communities located within the park.

Along the trails you will find benches plus interpretive signs that provide insight into the surrounding areas.

Canoe and kayak rentals are not available at this time. Reminder: Private canoes/kayaks are not allowed at Fort Cooper State Park to prevent the introduction of invasive, exotic plants.

Picnic tables and grills are located throughout the picnic area overlooking Lake Holathlikaha.

The Lake Lodge is an ideal setting for small weddings and receptions. The rustic building overlooking Lake Holathlikaha has air conditioning, a fireplace and a full kitchen, and can accommodate up to 47 people.

The understory of saw palmettos, hog plum and sparkleberry provide a  perfect habitat in which to study nature. There are frequent sightings of white-tailed deer, turkey and pileated woodpeckers, just to name a few.

Fort Cooper State Park is committed to providing a variety of amenities accessible to all of our visitors. These amenities include:

Service animals are welcome in all areas of Florida State Parks.

In April of 1836, Major Mark Anthony Cooper built a fort near Lake Holathlikaha’s edge to protect sick and wounded soldiers left behind in the midst of the Second Seminole War. The fort was placed under siege by a host of Seminole warriors for a period of 16 days, until Army relief troops broke the occupation.

Fort Cooper was then utilized as a reconnaissance, observation and dispatch post until 1842 by various U.S. Army detachments, until it was abandoned.

Today only a few log posts remain where the fort once stood, on a small hill overlooking the lake.

Visitors can follow the Seminole Heritage Trail and associated interpretive signs for an approximately 1.5-mile round trip to learn the history of the war and the story of the battle of Fort Cooper.

Environmentally-friendly and durable interpretive stations including multiple kiosks and signs are strategically located throughout the park along maintained pathways.

Visitors are able to study a single panel to learn a segment of Seminole history or upon completing the entire trail will gain an overview of Seminole life. The Fort Cooper Seminole Heritage Trail outlines Florida Seminole lifestyle and culture in the Cove of the Withlacoochee Region.

Pets are welcome as long as they are on a leash no longer than six feet. They are permitted in the picnic area, hiking trails and playground.

A covered pavilion and barbecue pit are available for rent. The pavilion accommodates up to 60 people.

A small playground is available for children ages five to 12 years old near the picnic area.