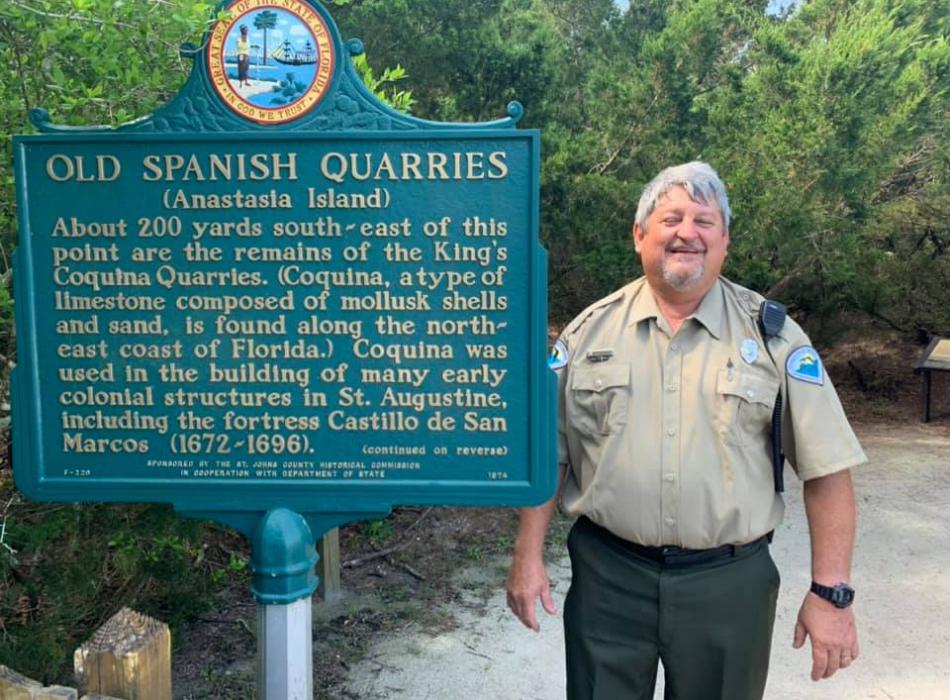 As many people do, Steve dreamed all his life of being in the park service. Although he did not fully know everything that was involved, he would soon discover the adventures this path has would lead him through.

Steve began my Florida State Park career in 1986 as a part of the Department of Natural Resources. After college, he was hired at Gamble Rogers Historic State Park.  As a young naturalist in his 20s, excellent leadership helped him quickly learn the skills needed to perform the duties of a park ranger.

It was at Gamble Rogers where he truly learned about visitor services and caught the “Interpretive Bug.” Steve remembers traveling throughout the district with interpreter Larry Gavagni telling of the process of Indigo and the world’s interest in this wonderful blue dye. It was those experiences which led him to focus on interpretation.

Today at Anastasia State Park Steve enjoys interpreting the coquina quarry, salt marsh and the Spanish history the park has that connects to the oldest city.

Steve is a firm believer in Access for All, and the best service to the park's visitors. Steve constantly tells people that his life surrounds the Florida State Parks. “I work at Anastasia, I recreate here with my family, friendships are connected here, and most conversations with friends usually include something about the parks.” It is in his heart and always on my mind.