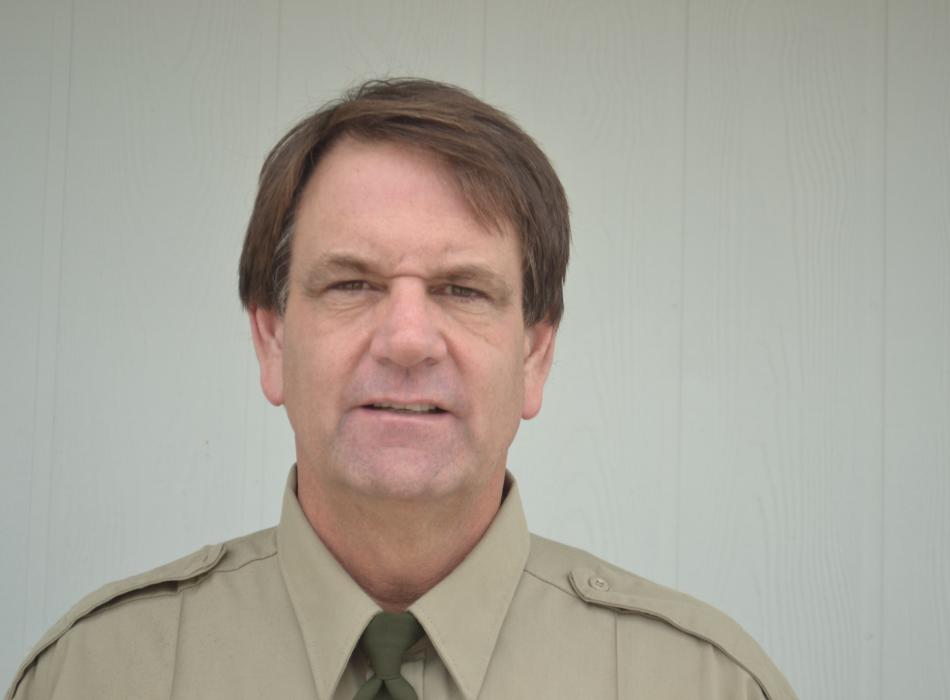 It was during an 8,000-mile bicycle tour around the perimeter of the United States in 1981 that Park Ranger Dennis Whitley first discovered T.H. Memorial St. Joseph Peninsula State Park.

Even though he was seeing new sights every day, the park stayed foremost in his mind. A few years later, he met his now-wife and together they traveled down to T.H. Memorial St. Joseph Peninsula State Park to camp. Eventually, their trip to the park became an annual event. After his wife retired, they moved to Florida and Dennis fulfilled a long-time dream of being a ranger at his favorite park.

Dennis most enjoys patrolling the 1700-acre Wilderness Preserve at the tip of the Peninsula. His proudest moment of being a ranger was when he led 45 people out to witness a pair of bald eagles building on their nest in the Preserve. He feels the fact that he was a visitor to the park for many years helps him to be a better ranger. Ranger Whitley reminds visitors to leave time to check out not only the Gulf beach, but the Bay beach as well.