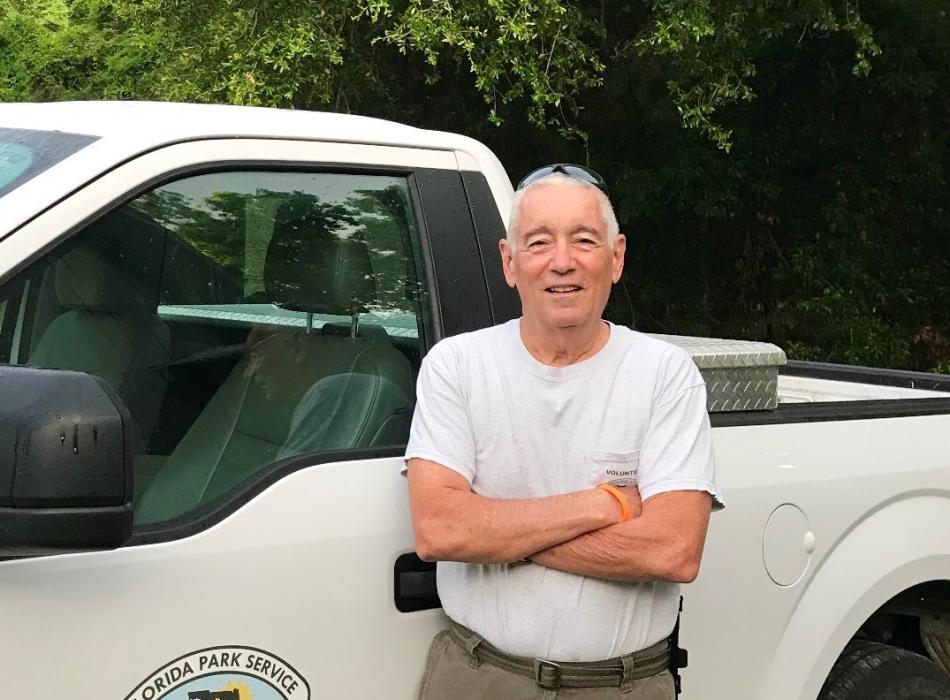 Growing up in Miami in the late 50s and early 60s, and prior to the skyscraper condominiums, the city was a virtual paradise for a young kid named Jim Eckert. Living one street away from a brackish canal that was loaded with snook, small tarpon and crevalle jack, a top water plug or buck tail was all that was needed to have a grand day. So began Jim Eckert’s life and love of the outdoors.

Jim moved to Gainesville in 1968 to pursue a degree in Zoology. After graduating, Jim's career took a turn and he was hired as deputy sheriff for Alachua County Sheriff's Department. He retired after a 30 year career, holding the title, Director of Operations.

Jim has always been a fitness enthusiast enjoying running, road races, cycling and the sport of triathlon. Cycling rides and triathlon training, lead to endless bike rides on the Gainesville-Hawthorne State Trail and as a retiree with plenty of time and lots to give back, it was a natural evolution to join the Trail Keepers. Additionally, Jim has recently developed an interest in birding which provides another avenue of adventure in Paynes Prairie Preserve State Park.

Jim can be found many times during the month walking around Bolen Bluff, Camp’s Canal, La Chua Sink and Sparrow Alley. With so much to do and so much offered by the park system, it was easy for Jim to become involved as a volunteer. Jim and Nancy still ride the Gainesville-Hawthorne State Trail together and hope to see you on the trail!