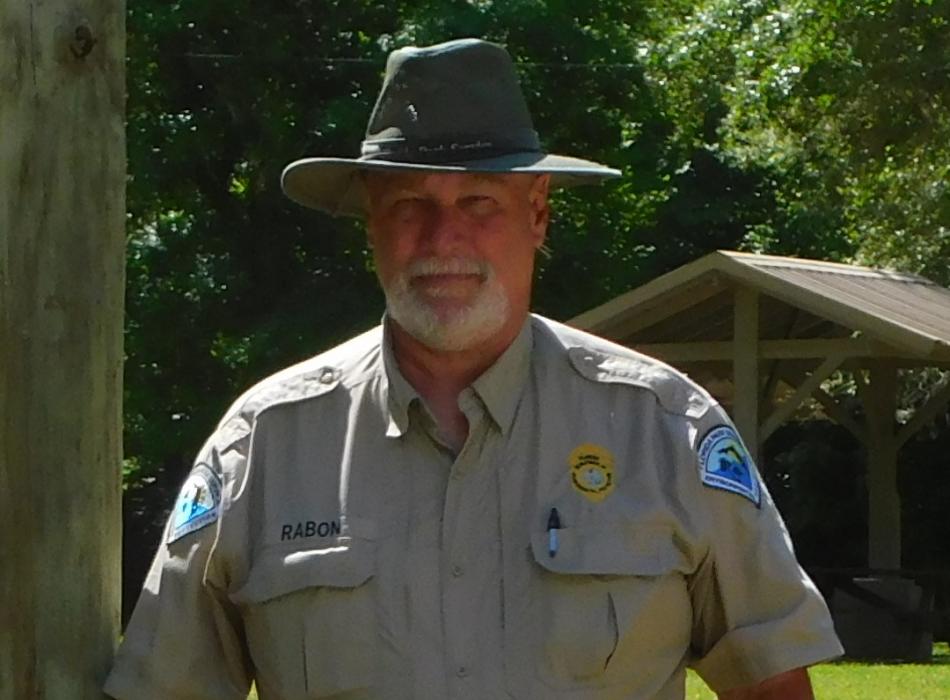 Growing up in rural Jefferson County, Randy was exposed to camping and fishing trips at an early age and enjoyed the outdoors and nature. Later in life Randy enjoyed camping and hiking trips in the mountains of north Georgia. He would take daylong hiking trips to waterfalls in the area.

Randy began his career with the Department of Transportation, and after eight years he took a job with the Leon County Tax Collectors Office. He retired in 2007 and took a few years off.

In 2010, while riding on the Tallahassee-St. Marks Historic Railroad State Trail, Randy struck up a conversation with the trail manager and the rest is history. Randy started about two months later with the Office of Greenways and Trails as a ranger, working only weekends. After a short time Greenways and Trails was merged with the Florida Park Service.

In 2013, Randy was promoted to the trail coordinator and in 2018, Randy was again promoted to assistant park manager for the Tallahassee-St. Marks Administration, which includes eight parks in six counties.

Randy enjoys talking with visitors and taking care of our cultural and natural resources.