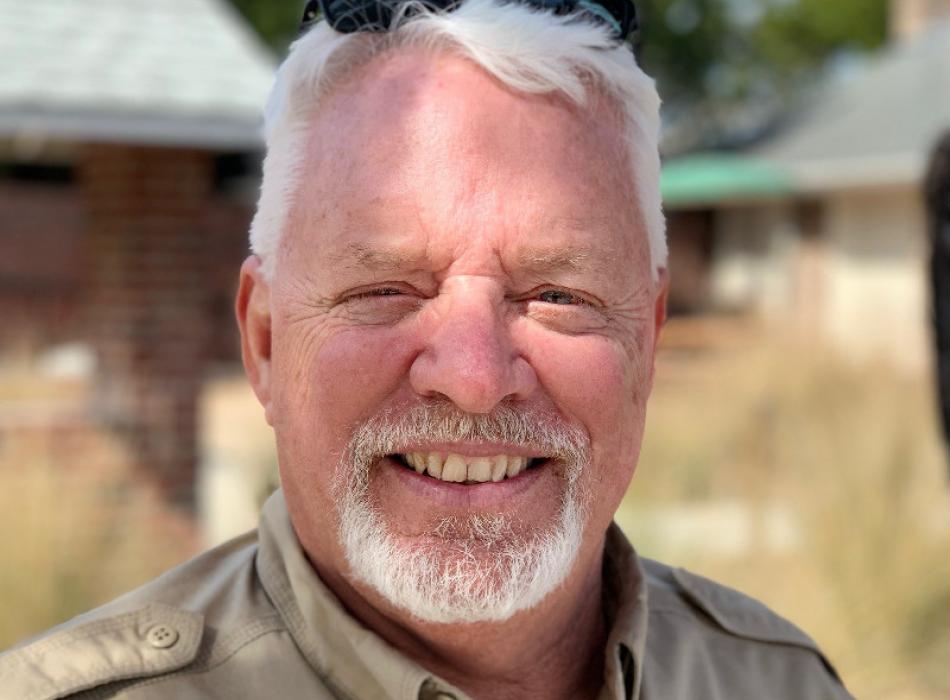 One of the special things about the rangers at Fort Clinch State Park, who also support Fernandina Plaza Historic State Park, is that they are from so many different backgrounds. Ranger Jeff Kane, a self-proclaimed “middle age retiree,” spent 35 years behind a desk before he came to the Florida Park Service looking for the next chapter in his life.

Growing up in Philadelphia and then Ocean City, New Jersey, he fell in love with nature and the outdoors, and could often be found hiking, canoeing and camping. When Jeff attended Jacksonville University, he developed a love of Florida’s weather and the ability to be outside year-round.

Retiring from his first career, Jeff began working part time at the Fort Clinch ranger station taking fees, checking in campers and providing assistance to anyone he could. When the opportunity to become a park ranger opened, he jumped at the chance and never looked back.

Jeff loves his role as a ranger working in an ever changing environment and especially enjoys getting the opportunity to see the abundant wildlife in their natural surroundings. As a ranger Jeff is responsible for a wide variety of jobs, from resource management to visitor services, but above all else he hopes to always make any visitor’s time at our state parks special.