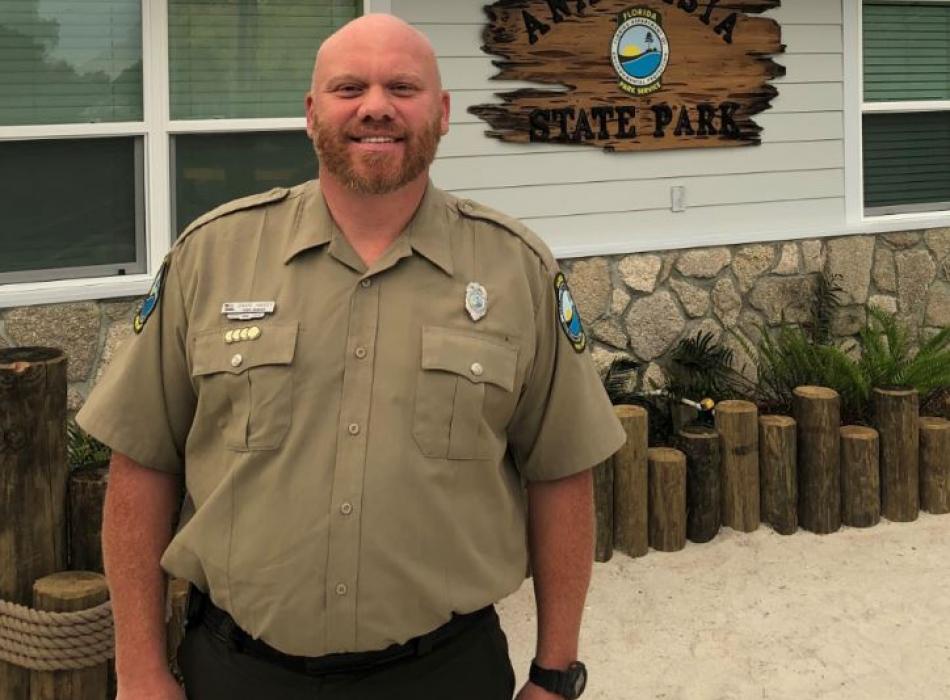 Park Ranger Dave Hardy is an Army veteran who spent more than 12 years as an executive chef, winning a number of culinary competition awards. After mastering the kitchen, Dave decided to make a career change so he could get outdoors and spend more time with his family. He began at Anastasia State Park in 2019 and has found a fulfilling new career with the Florida Park Service.

It was through his son's soccer coach, who is also an Anastasia staff member, that Dave first heard about careers with the Florida Park Service. Within two weeks of learning about the park, Dave applied and started working part time at Anastasia. When a full-time ranger position opened up, he didn’t hesitate to go for it.

A lifelong interest in the outdoors and his upbeat personality make Dave a natural fit for the job. Dave enjoys helping park visitors appreciate the many recreational opportunities Anastasia has to offer. His favorite place is the secluded beach at the northern end of the park. In an area without houses or people, Dave feels like the king of the beach.

Dave also loves the beginning of summer at Anastasia when the wildlife is out and the park is full of color. He is involved in all aspects of the park and enjoys participating in Anastasia’s many special programs. In the future, Dave hopes to become more actively involved in park resources and helping manage the park.