In order to ensure staff and visitor safety, Florida State Parks is monitoring the conditions associated with Hurricane Zeta. No parks or overnight accommodations ( cabins and/or campgrounds) are closed due to the storm at this time. Please visit specific park webpages for details and the latest information, or  visit Storm Updates for additional information. 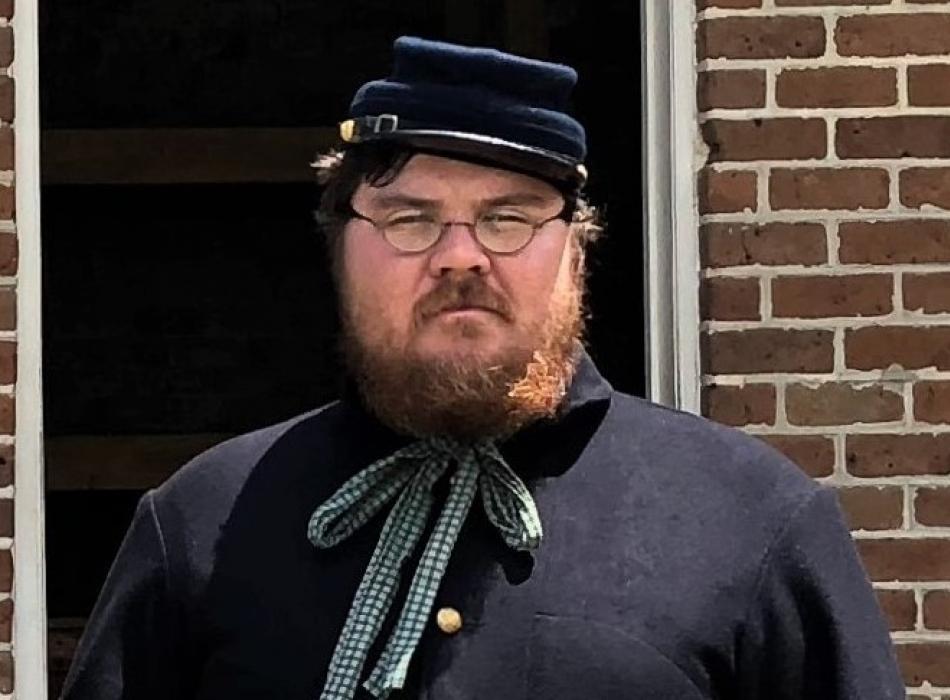 Andy Smith became a ranger because he wants to keep Florida’s history alive. Fort Clinch is just one piece in the complex puzzle that is the Real Florida. Every day, he immerses himself and park visitors in the lives of the men and women who lived at the fort during some of our nation’s most important events.  By speaking their names, accomplishments and shortcomings and revealing the details often overlooked by the naked eye, Andy transforms Fort Clinch into a place where history is not just facts and figures, but a living, breathing past that we are all connected to.

Andy’s favorite place to be is the fort. Fort Clinch is one of the best-preserved examples of what kept this nation safe for much of its history and is a site where so many served this nation during its most pivotal moments.  Andy grew up in South Georgia going to battlefields and sites in North Georgia, Tennessee and Charleston and reading about the sites in Virginia, Maryland and Pennsylvania. Until Andy discovered Fort Clinch, he always felt that the Civil War was an event that happened in a faraway place. Serving as a living history volunteer gave him a baptism in to the history and the importance of the site and showed that “the war was fought in ten thousand places from Val Verde, New Mexico to Fernandina on the Florida Coast.”

So if you too want want to immerse yourself in the history of Fort Clinch, come see Andy. Whether a Union soldier or a Spanish-American War combatant, he is sure to open your eyes to the past.