There are five species of sea turtles that swim in Florida's waters, with three typically nesting on our beach. The loggerhead is the most common with tens of thousands of nests recorded in Florida annually and is the most abundant at Sebastian Inlet State Park with nearly 700 nests in 2018.

Green turtles, named for the greenish color of their body fat, are the only sea turtles that eat plants. The leatherback is the largest of the sea turtles and is the only species that lacks scales and a hard shell. Leatherback sea turtles nest at Sebastian Inlet, but with fewer nests compared to loggerheads and green sea turtles.

The other two species of sea turtles are Kemp’s ridley and hawksbill. On a rare occasion, Sebastian Inlet has a returning Kemp's ridley nest on the beach. It last nested in 2018.

Nesting season runs from May through October.

Sebastian Inlet State Park is involved in the statewide marine turtle-monitoring program and the Index Nesting Beach Surveys that began March 1 and end on October 31, 2020.

Crawls are the flipper tracks that indicate a sea turtle has arrived and nested on the beach the previous night. False crawl indicates the sea turtle was unsuccessful in nesting. With the exception of the Kemp’s ridley, most sea turtles lay their nests at night. Sometimes you can catch a glimpse of a sea turtle first thing in the morning, finishing up and crawling back to sea.

Each nest is marked with stakes and flagging tape. After the hatchlings emerge and enter the ocean, only the females and sick turtles ever return to shore. Females tend to return to the same beach where they hatched to lay their eggs.

Sebastian Inlet State Park conducts park ranger-guided educational sea turtle walks. The turtle walks offer you a possibility to witness a loggerhead sea turtle lay her eggs, cover and disguise her nest, crawl down the beach and swim away into the Atlantic Ocean.

The major threats to nesting marine turtles, their nests and turtle hatchlings are predation from natural and introduced predators. At Sebastian Inlet State Park, loss of nests and/or hatchlings has occurred due to erosion from storms and predation from raccoons, domestic dogs, ghost crabs and fire ants.

What you can do to help our nesting sea turtles: 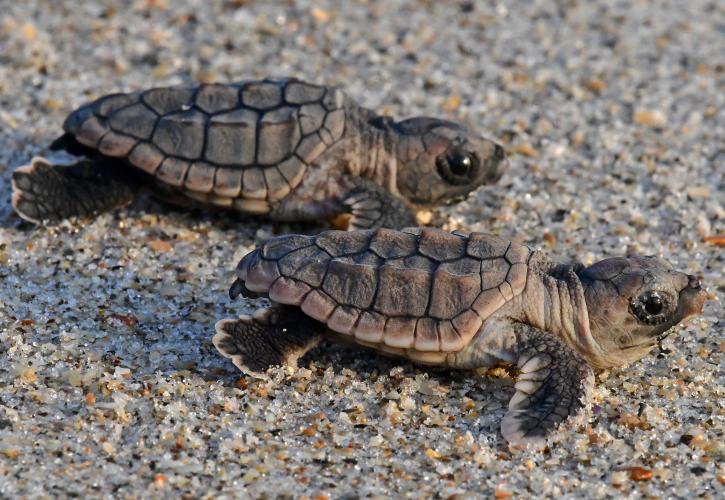 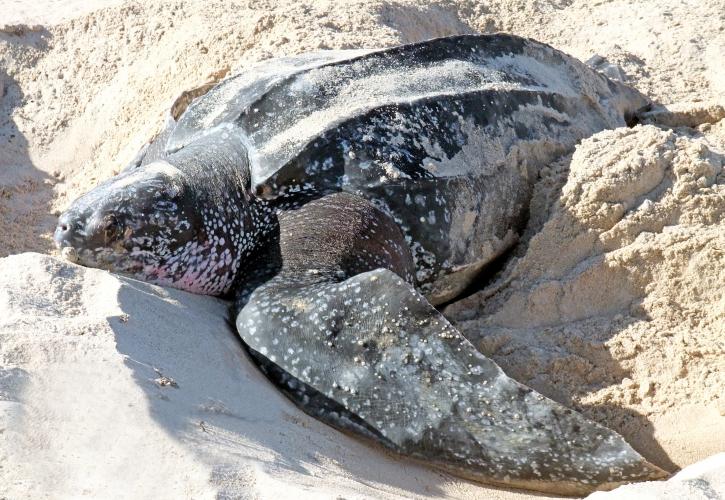 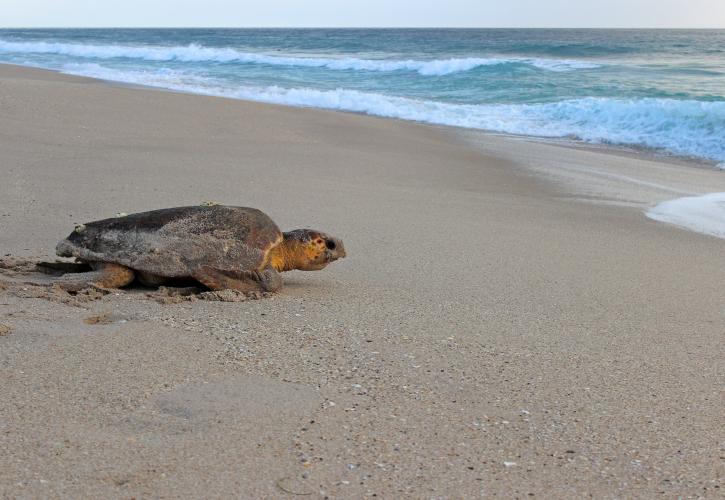 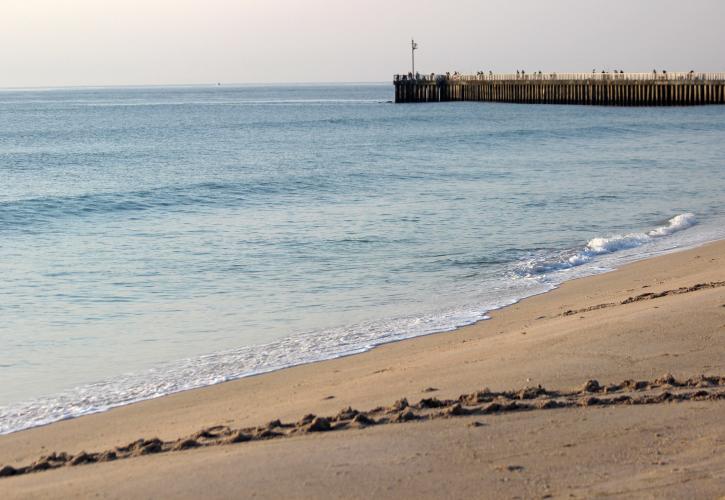 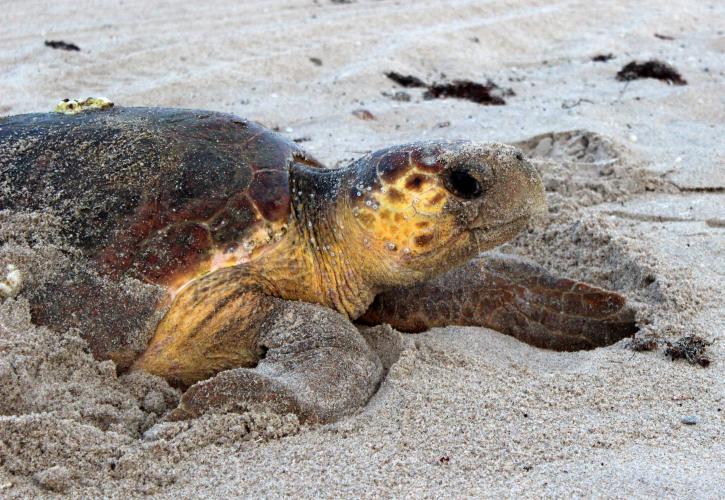 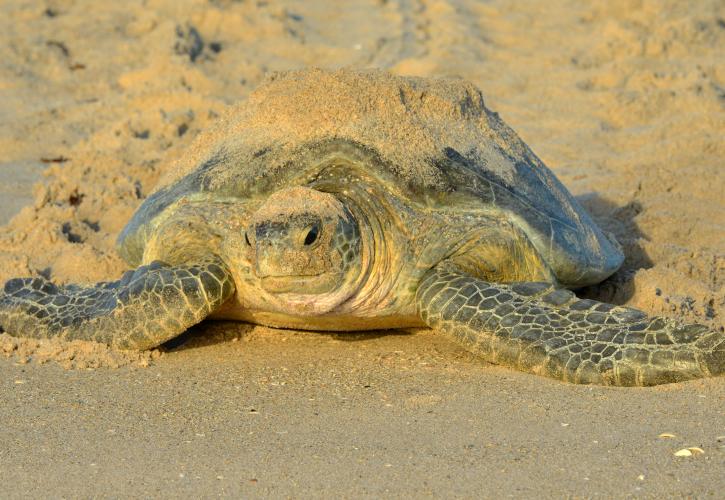 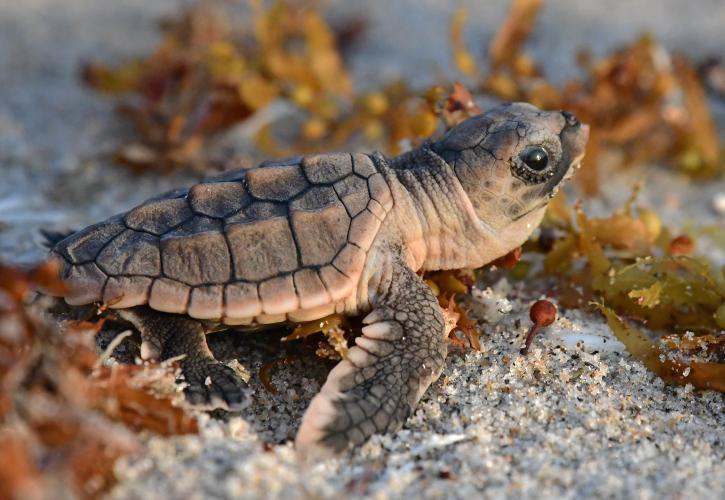 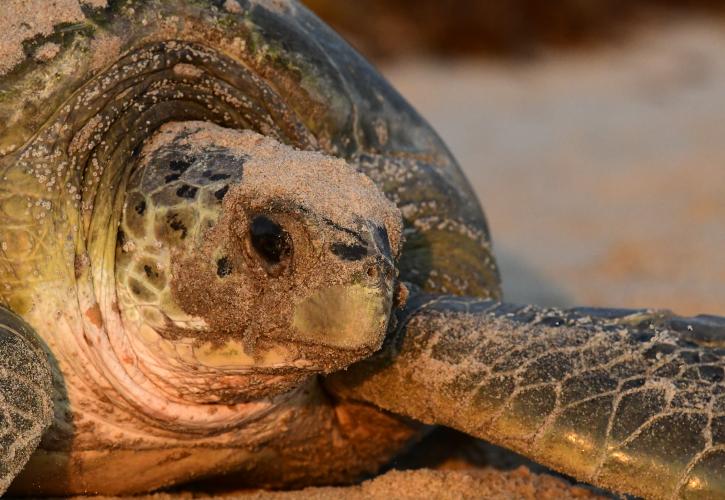 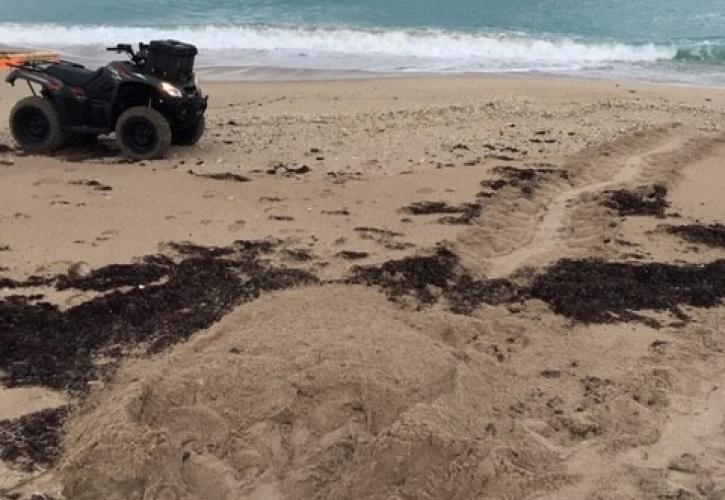 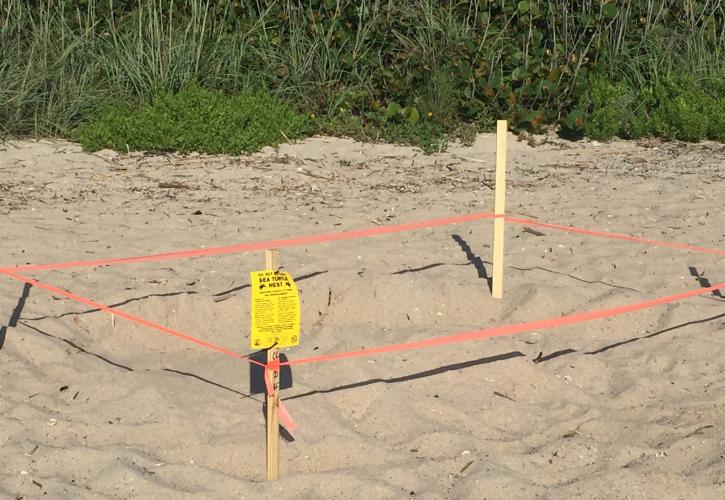