Sharing the Beach with Wildlife

Florida State Parks have some of the nation’s best beaches, and they’re also important refuges for wildlife. If you plan to visit the beach this summer, check out these practical tips for making the beach safer for wildlife.

From March to October, thousands of mother sea turtles venture up from the water at night. They lay their eggs in the sand, usually on the exact same beach where they were born.

At sea turtle nesting beaches such as John D. MacArthur Beach State Park and Cayo Costa State Park, park staff and volunteers count and record sea turtle activity every morning. Each sea turtle species leaves a distinct crawl pattern in the sand that rangers use to identify the species and nest location.

These seasonal counts help biologists determine the success of conservation programs. So far in this year’s nesting season, park staff and volunteers have recorded over 8,000 crawls.

If you’re heading to the beach this summer, chances are you’re visiting a nesting habitat. There are a few simple actions that everyone can take to make sure Florida's beaches are a great place for turtle hatchlings to begin their ocean journey.

Nesting birds are at the mercy of wind, waves, predators and human activity. Because the beach can be a tough place to be a baby bird, people can help by taking extra care not to disturb nest colonies. For example, giving a group of birds plenty of space will help deter them from flying off and leaving hatchlings exposed to the sun.

END_OF_DOCUMENT_TOKEN_TO_BE_REPLACED 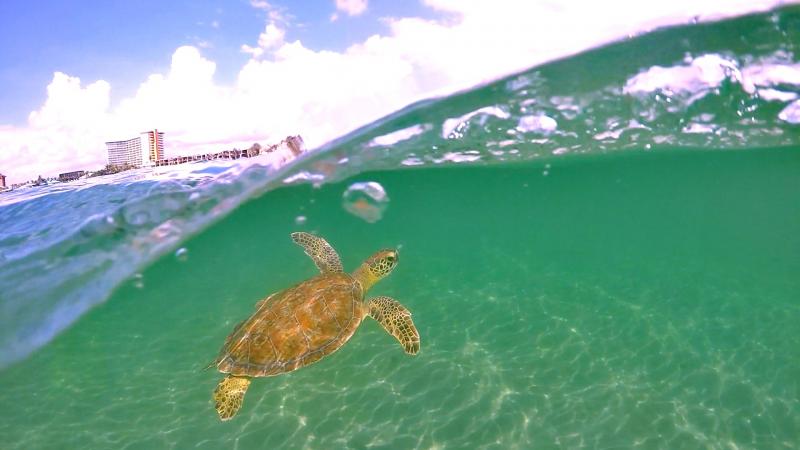 Last year, we were thrilled to announce the addition of a new wildlife ambassador resident at Ellie Schiller Homosassa Springs Wildlife State Park: Maximus the Florida black bear. We’ve got some more news about “Max” and an update on his story.