My work as a park biologist at Edward Ball Wakulla Springs State Park often has me in remote areas of the park. On any given day I might be surveying and treating exotic invasive plants, maintaining fire lines and trails or conducting prescribed burns. I began my Florida Park Service career as a ranger and I still enjoy sharing my love of nature with our visitors.

One of the more unique opportunities to do so is our park’s annual event for A Swift Night Out, which educates the public about our flock of Chimney Swifts (Chaetura pelagica).

Chimney Swifts are small brown birds with sickle-shaped wings and bodies that look like plump cigars. They have an excited, twittering call. They are among the most aerial of birds, spending almost their entire lives flying in the open air, with the exceptions of nesting and roosting for the night.

Swifts not only capture insects in flight, but they also drink and bathe by swooping down to the surface of open water. They have a quivering wingbeat, and their rapid flight can appear bat-like and reckless.

Swifts are unable to perch upright on branches, but instead use strong claws on their toes to cling to rough vertical surfaces.

These birds historically nested and roosted in hollow trees. As American pioneers moved westward, they cleared old-growth forests, eliminating the swifts’ natural habitat. What had formerly been called American Swifts became known as Chimney Swifts as they adapted to using masonry chimneys instead. But this species is being challenged once again. Recent changes in chimney design, with covered narrow flues, have decreased the number of available nest sites. This is thought to be a factor in their declining population.

Male and female Chimney Swifts gather nest material by swooping down at trees and breaking off dead twigs with their feet. The twigs are cemented to the inside of a chimney with a special sticky saliva to create a half saucer-shaped nest. Only one pair will nest in a chimney at a time, but they may tolerate other non-breeding birds roosting with them for the night. When the 4 - 5 eggs hatch, the young will exercise by practice flapping at the edge of the nest before flying straight up and out of the chimney for the first time.

Prior to fall migration, Chimney Swifts congregate in flocks of hundreds and even thousands at suitable roost sites. They use this time to eat and build their reserves for the long migration down to the Amazon basin in Peru.

We are fortunate that a disused chimney at the Wakulla Springs Lodge has served as one of these communal roosts for many years. Considering that one swift can eat as many as 2,000 small insects a day, they must have a significant impact on the population of mosquitoes, gnats and biting flies around the lodge this time of year.

A Swift Night Out is a continent-wide effort to raise awareness about and encourage interest in Chimney Swift conservation. Citizen-scientists gather around communal roost sites at dusk on the second weekend of September to count Chimney Swifts as they descend for the night. The data for all locations is collected by the Chimney Swift Conservation Association and posted on their website.

The evening of September 14, 2019 was beautiful at Wakulla Springs. As sunset neared, 70 visitors, ranging in age from elementary students to seniors, gathered in front of the lodge.

Everyone arranged their blankets and lawn chairs for the best possible view of the roost chimney. Park Service Specialist ,Jeff Hugo, started things off by giving an introduction and handing out the datasheets. Then he and I led the group in reciting a poem about the swifts to break the ice. I followed next, providing an overview of Chimney Swift life history and fun facts.

As the first few swifts began twittering in the air above, park volunteer Stuart Funke-d’Egnuff gave everyone advice on how to count the birds. It sounds simple enough; but can be challenging to do as the light fades and the birds speed up. Stuart has been observing our Chimney Swifts every week from March to October since 2014. He has recorded their arrival and departure dates each year, tracked their population’s ebbs and flows, and noted that they sometimes switch to using the main fireplace chimney at the lodge instead.

Then the show really began! Hundreds of Chimney Swifts began flying in from all directions and circling in a giant counter-clockwise loop in the sky. The twittering got louder as even more birds joined the flock. As the light dimmed, the birds circled tighter and faster over the chimney, whirling like a tornado. Then, small groups of them peeled off, tumbling straight down into the shaft. Eventually, more and more cascaded in until the sky was empty and silent.

The visitors had a great time, and many let us know they’d be back next year. We averaged everyone’s counts. The consensus was that 680 Chimney Swifts had called the lodge home for the night. We’re proud that they can find a refuge at Edward Ball Wakulla Springs State Park and hope they will do so for many years to come.

Patty Wilbur received her Bachelor of Science degree in Wildlife Biology from the University of Wisconsin-Stevens Point in 1996.

She worked around the United States as a research technician for several years, assisting with projects in Wisconsin, Iowa, Arkansas, Florida, Oregon, Washington, Montana, Georgia and New Hampshire.

She moved to Florida full-time in 2001 to work as a biological scientist for the Florida Fish and Wildlife Conservation Commission at the J.W. Corbett Wildlife Management Area in West Palm Beach.

She has worked at Edward Ball Wakulla Springs State Park since 2003, first as a park ranger and as park biologist since 2016.

END_OF_DOCUMENT_TOKEN_TO_BE_REPLACED 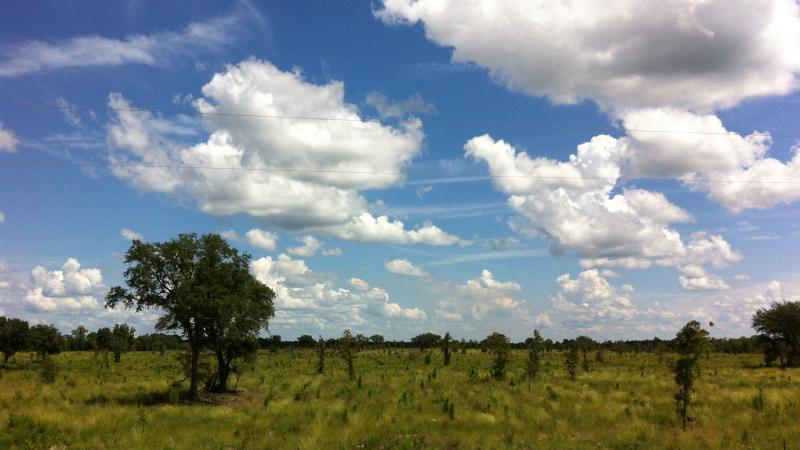 Restoring 7,000 acres from industrial timberland back to an ecosystem of longleaf pine and wiregrass has been an 18-year project at Torreya State Park. The restoration work is not yet complete. 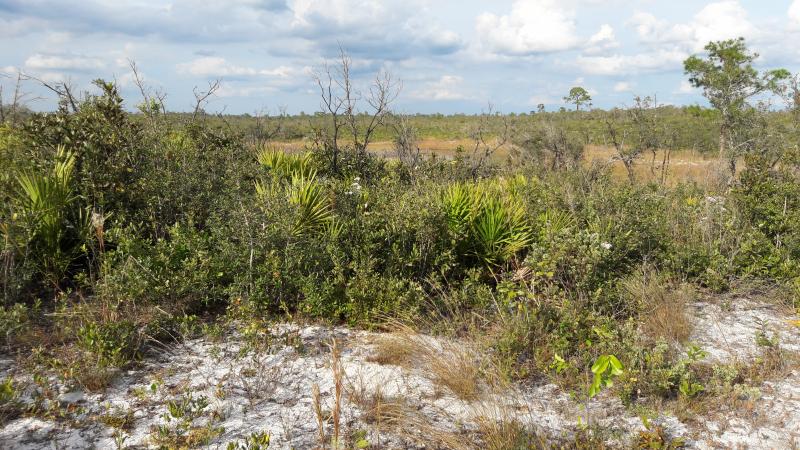