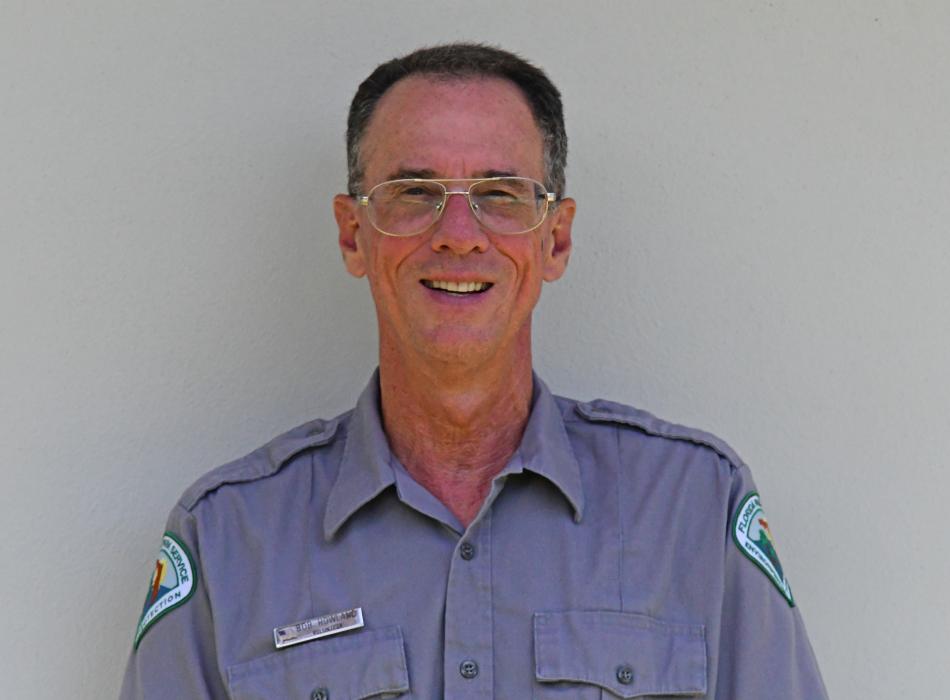 Retired science teacher Robert Howland admits he likes to learn new things. He taught biology, marine science, oceanography, chemistry, physics and even veterinary assistance programs for 35 years in the public school system. It kept him busy, and interested. He says he was attracted to the sciences because there was always a new class he could teach and something new to learn. After growing up in St. Petersburg and Clearwater, he spent his career in Gainesville, Florida. But he never dreamed he’d someday be volunteering as a park ranger at his favorite state park.

Three years ago he retired and moved to Sebastian. He was delighted to explore Sebastian Inlet State Park and immediately drawn to the volunteer program. “We’re all rangers at heart,” said Bob when he was asked why he chose to volunteer with the Florida Park Service. “Being outside, by the ocean, and in nature, it made the choice an easy one.”

Bob enjoys working in three capacities at the park: as a docent at the Treasure Museum, as a Park Watch volunteer, and as the vice president of the Friends of Sebastian Inlet State Park.

In the summer he assists as a scout for the park’s nighttime sea turtle program. While most folks would find satisfaction in just one of those positions, for Bob, the variety keeps things new and exciting.

In between volunteering you might find Bob beachcombing for shells and sea glass, tagging scrub jays, or biking through more of natural Florida (because, as he says: “every trail beckons!”).

One day it’s calm, the next day it’s rough, blue, green or gray, it’s the change that keeps Bob coming back for more.