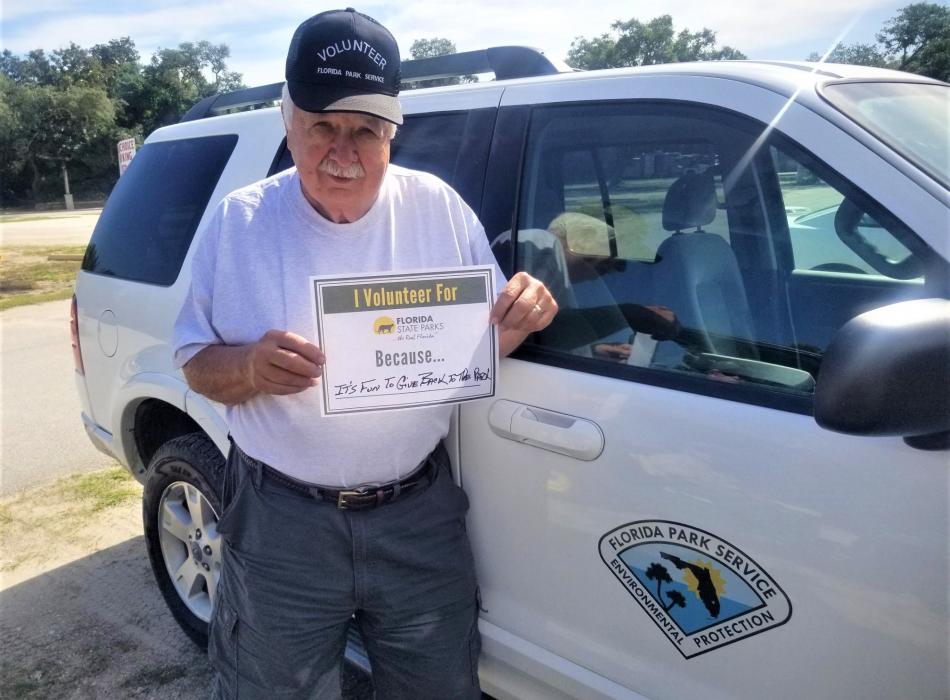 Richard and his wife Louise and moved to St. Augustine Beach from Texas shortly after retiring in 2012. They chose St. Augustine because of its small-town charm with a history dating back to 1565. They love the city and the beaches. The first group they joined was the Friends of Anastasia State Park, a nonprofit Citizen Support Organization.  They wanted to support the park and protect its natural resources.

Anastasia State Park has a little bit of everything for the park visitors – camping, the ocean and beach, beautiful salt run for water sports, historic old Spanish coquina quarries, trails and tons of wildlife (including the Anastasia Beach Mouse), Island Beach Shop & Grill, three play grounds, three picnic areas and so much more.

Richard became the President of the CSO in 2017, with one of his goals to increase membership and explore additional fundraising opportunities. Richard is pleased to report that revenue for the CSO has increased significantly over the last few years, thanks in part to the popularity of our Endless Summer 5K and 10K Runs and a partnership with The Amp, a music venue which adjoins the park. In addition, the CSO has advertised the park through music events, beach clean-ups, an Adopt-A-Nest program and other events.