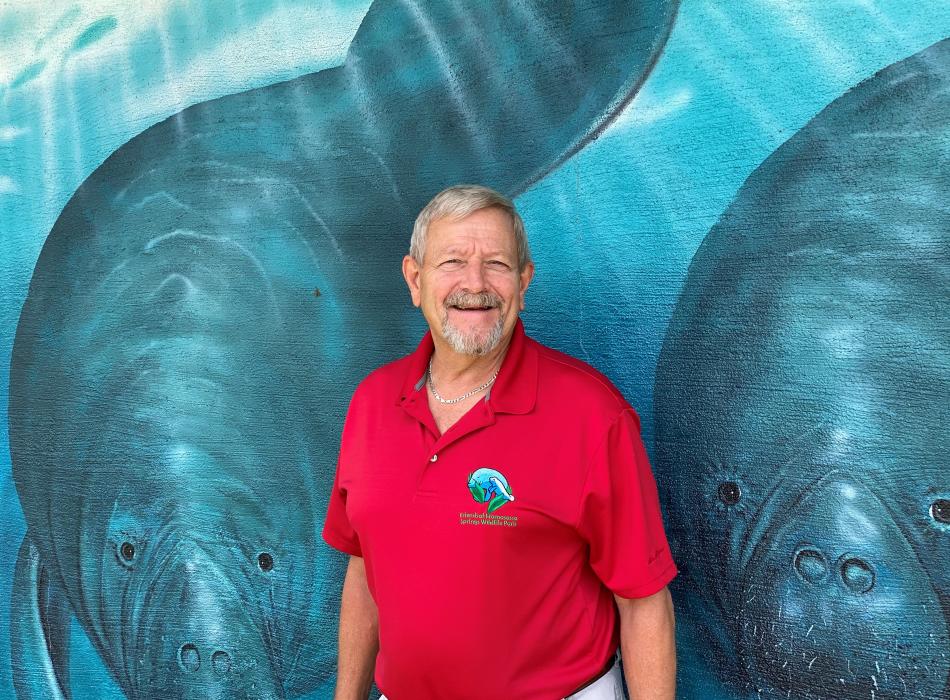 Nils Anderson has been a volunteer his entire adulthood, including during his service to our country while in the U.S. Army. From coaching a children’s bowling league and youth football team to serving as a community mayor in an Army neighborhood and director of the Snow Sports School at the U.S. Military Academy for 25 years, Nils demonstrates through action his commitment to a life of service.

Upon his retirement to Florida in 2015, Nils began volunteering with the Citrus County Sheriff’s Office with the Citizen Patrol Unit and the Rail Trail Patrol. It was around the same time that he began volunteering at Homosassa Springs Wildlife State Park. “I knew immediately that being at the park was my calling in life, and I’m proud to be a part of the team.”

While captaining a boat down Pepper Creek, Nils educates eager visitors about the wild, natural place surrounding them. “I’ve always loved the outdoors. Since moving to Florida, I have learned much about the area, state, its natural resources, culture and historical heritage.”

In addition to his duties as a volunteer boat driver, Nils serves as president on the board of directors of our citizen support organization (CSO). While he takes great pride in all that he does, Nils is particularly proud of organizing and executing the Celebration of Lights event, which annually raises between $30,000 to $40,000 for the state park.

About Nils, Park Manager Tricia Fowler says, “As our CSO president, Nils Anderson has quickly become invaluable. Nils does everything from conducting board meetings, driving boats and planning park events, and everything in between. He comes into the park each day with a smile and an optimistic outlook that is contagious. Homosassa has found a true gem in Nils Anderson and we look forward to many years of him volunteering with us.”

When asked about what makes Homosassa Springs Wildlife State Park special, Nils says, “Our park is really like no other Florida State Park because of our animals. They are here because they cannot survive on their own. The animals actually serve as ambassadors for their species, and our visitors have the ability to see the animals up close in a beautiful natural setting. Our park is a 'must visit' when in Florida.”