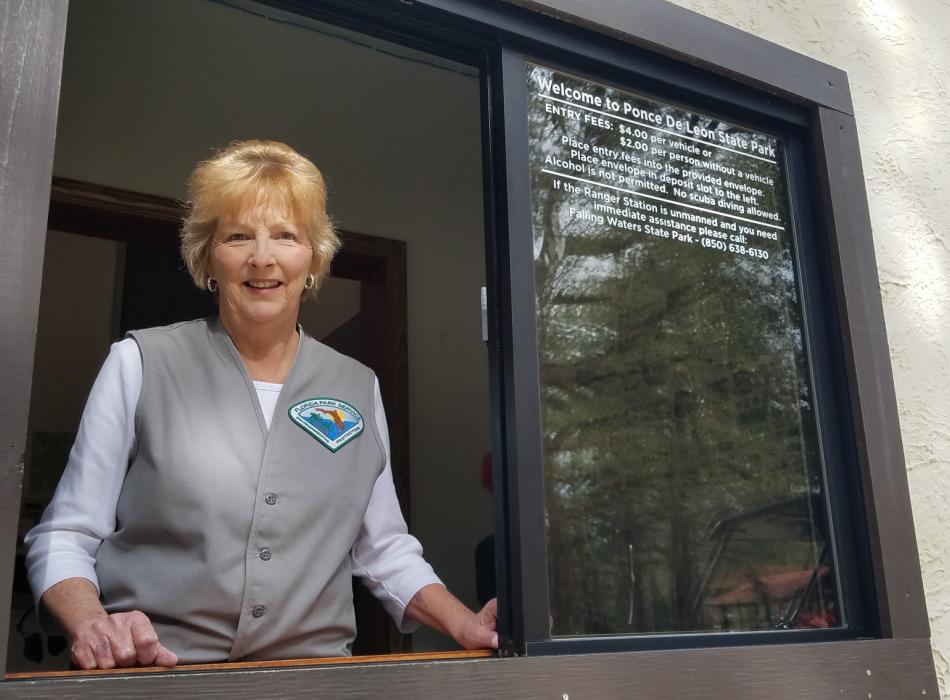 Jerrettha French was introduced to volunteering at Ponce de Leon Springs State Park in September of 2017.  Rettha has performed the role of ranger station attendant and has ensured that visitors have a great first impression when they come to Ponce de Leon Springs State Park. No matter your mood when you arrive, after being greeted by Rettha it’s nearly impossible go away without a smile on your face. Rettha provides change for park guest’s entrance fees, shares information about the park and local activities, and encourages young visitors to participate in the Junior Ranger program.

Rettha has been a Ponce de Leon area resident since 1984. She now lives just down the road from the park with her husband, James, and grandson Noah. Rettha retired from the state where she held various roles with agencies such as the Department of Corrections, Child Protective Services and the local health department, which is where she honed her people person skills.

Rettha has been a visitor to Ponce de Leon Springs State Park since she moved to the area in 1984. She says she’s always loved her visits here. She was very excited when the opportunity was presented to her to be part of the team that keeps the park operating for the public’s enjoyment.

We hope to have Rettha as part of our park family for many more years to come.