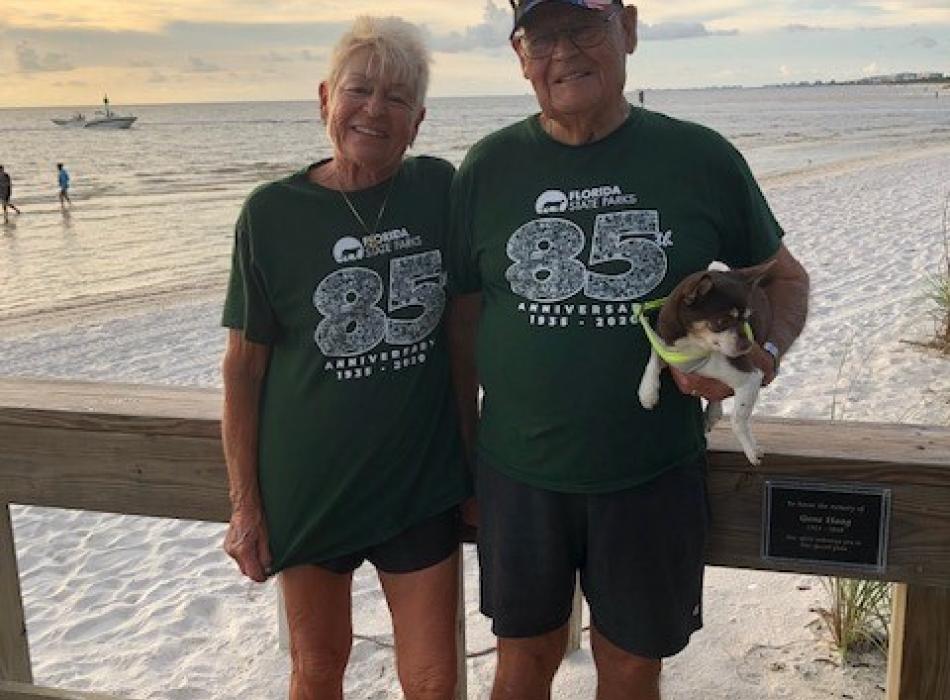 Ingrid and Dietrich "Richie" Twiefel are a volunteer duo who belong in the spotlight. Originally from Borkum, Germany, an island on the North Sea, Ingrid moved to Mahwah, New Jersey, in 1961 to marry Richie. The two met when Richie, a retired Marine, was visiting family in Germany.

After moving to Naples in 2013, the couple decided they wanted to be involved in the local community and found Delnor-Wiggins right around the corner from their home.

Richie has been a Scout, leader and explorer his whole life. He's traveled far and met hundreds of people during his lifetime. His favorite role as a volunteer? Beach steward! Richie is known as the "Mayor of the Beach" and has made friends with many families over the years. He keeps track of where everyone he has met is from and marks it on his map. He enjoys taking the time to make a personal connection with each person he meets, and even attempts to learn a word or two in their native language.

Ingrid's true passion is gardening. A common sight is her with work gloves on, muck shoes covered in mud and a rake in hand. She took care of the yard at their house in New Jersey, and since moving to Florida has worked on other yards for friends and family.

At Delnor-Wiggins, you easily can spot Ingrid working alongside the Park Rangers. Her quick wit, warm smile and unrivaled work ethic can't be missed.

Both Richie and Ingrid enjoy the camaraderie of park staff members. They are proud members of the Friends of Delnor-Wiggins Pass State Park, the park's citizen support organization. There is no limit to their willingness to help.