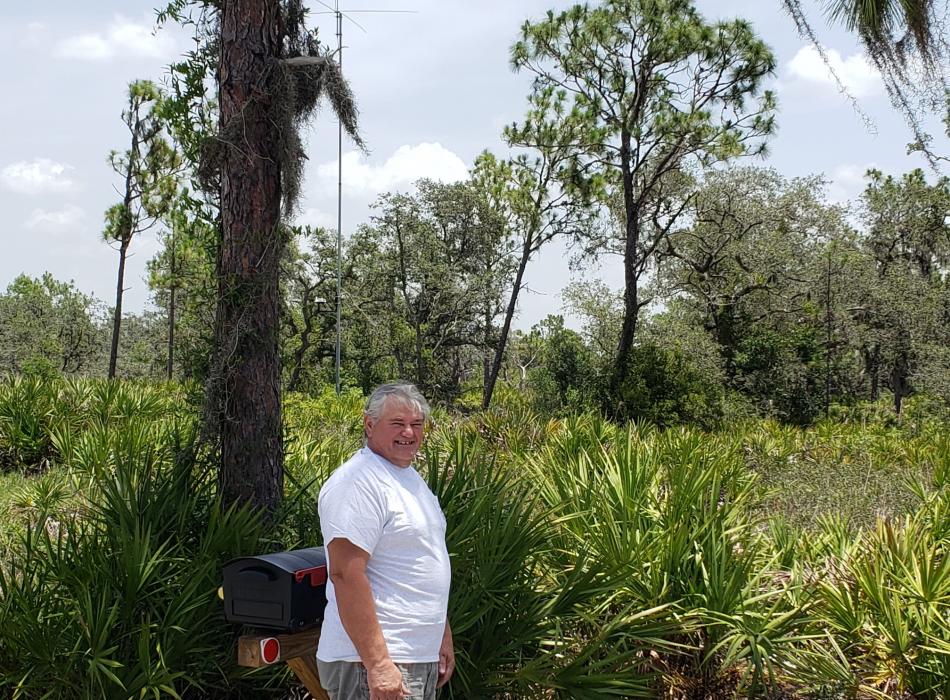 Gary Shipley came to Florida with his family from a small town in Illinois. He grew up doing a variety of outdoor recreational activities including fishing and hunting. He also farmed and raised animals which only added to his love of everything outdoors. This love led Gary to becoming a volunteer for Florida State Parks. He says that the parks “have a special appeal” since their main goal is to preserve nature. He simply loves the peace and serenity that being in nature offers.

Gary is a dedicated volunteer that helps with three different parks. While Lake Manatee State Park is Gary’s main park, he is never hesitant to help out at Wingate Creek State Park and South Fork State Park as well. You can most often catch Gary maintaining the grounds and keeping the trails clean and neat for guest’s enjoyment. He especially loves getting out to the trails early because he says that that’s “the best time to listen to and see the most wildlife.”

Gary is always excited to participate in any special park programs or events as that allows him to meet all kinds of interesting people.

Gary sees himself still volunteering 5 years from now. He wants to see amazing things happen in the parks’ future, including opening an equestrian trail at Wingate Creek. Gary believes that there is nothing better than spending a day in Florida State Parks and wants to continue to share that appreciation with as many people as possible.