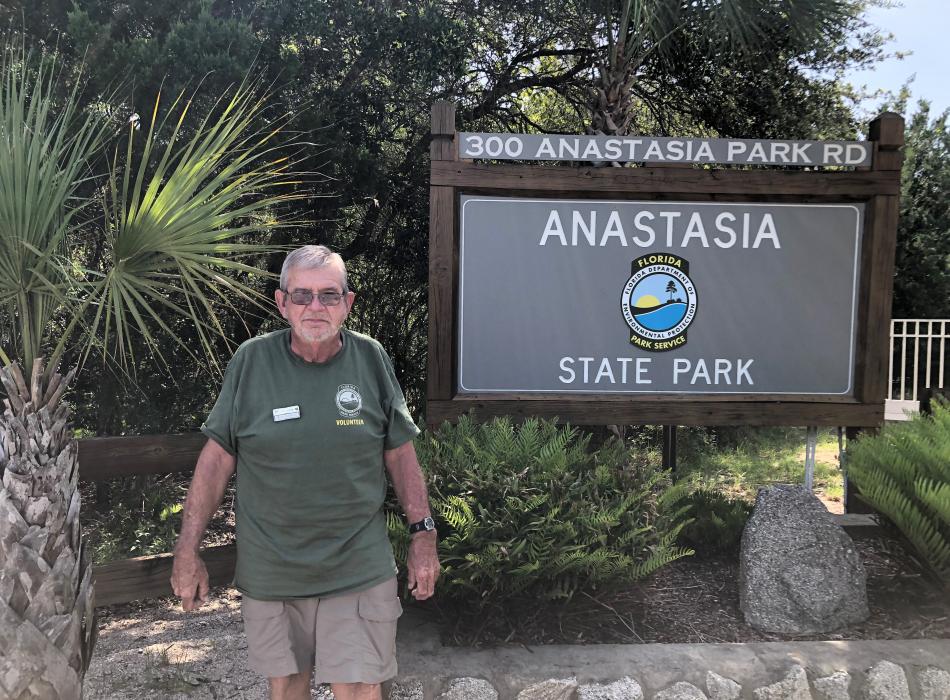 Darwin Matthews is a South Carolina native and a Navy veteran, having served eight years in the military. He later had a career in construction and as a general superintendent overseeing all types of building projects, big and small.

Darwin and Johanna, his wife of over 50 years, long dreamed of volunteering at state parks after retiring. They began their journey into volunteer life in 2011. Anastasia was their first park, and it remains their favorite.

He has made an enormous impact at Anastasia. You can see evidence of Darwin's handiwork throughout the park. A few of his accomplishments include constructing the beautiful desks in the administration office, remodeling the ranger station, and designing and constructing the front entrance sign with engraved wood. He also maintains the park’s golf carts and helps the rangers with any electrical, plumbing or building project that arises.

Darwin always has loved to tinker and can teach himself any new skill.

Darwin is excited to continue volunteering at Anastasia and has his sights set on several upcoming projects, including building entryway arches for the coquina quarry at Anastasia and for the main entrance at Fort Mose. Darwin works behind the scenes, but evidence of his creativity and skills is everywhere at Anastasia. The park is lucky to have him!