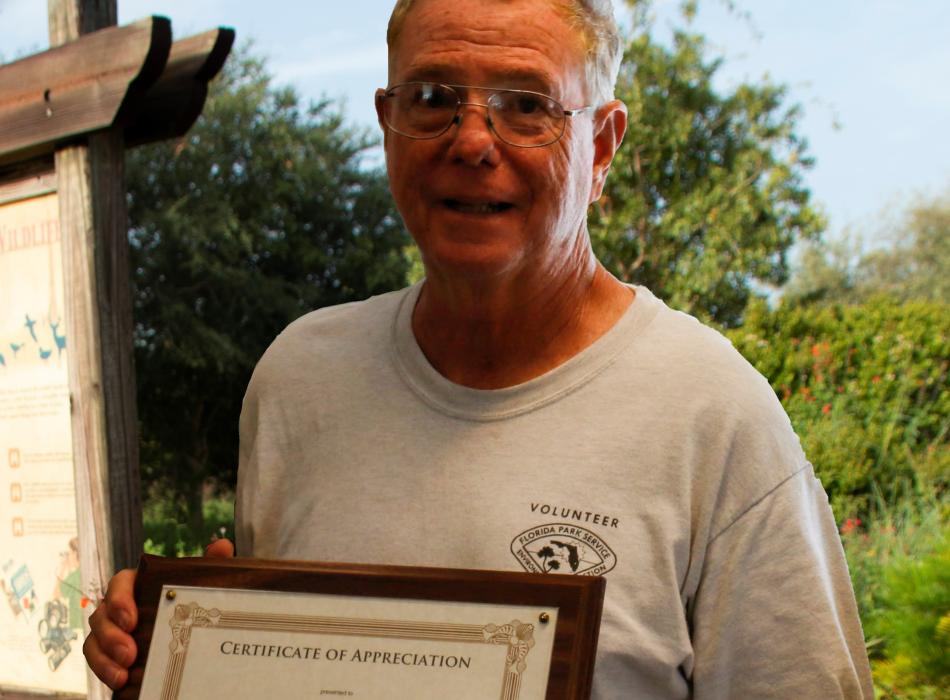 Daniel Cleary is an exceptional, very hard working and dependable volunteer. He first started at Lake Louisa State Park in December 2002, after being encouraged by his daughter. One of his very first tasks was to split firewood with an axe. Dan has not only helped out as a volunteer, but he has also been active through the Friends of Lake Louisa State Park as both a member and even acting as their president. So far, he has put in 11,321.5 hours and will be adding a few more throughout December 2018, when he will retire.

Dan has helped the park with daily tasks and countless special events over the 18 years he has volunteered. He has built benches, boardwalks and picnic tables. He even helped install the park’s playground! He has mowed hundreds, if not thousands, of miles and trimmed unimaginable lengths of trails. There isn’t one field of work where Dan hasn’t been readily available to help. When asked what he has enjoyed the most over the years, he said “working with the different staff and new volunteers,” pointing out that as much as he may be teaching new people, he is also learning their individual skills. From an early age, Dan’s grandchildren have been brought in to inspire them to keep volunteering. We are hoping they turn out like his grandfather - Generous, good hearted and willing to help those in need. Dan is, and always will be, a part of Lake Louisa State Park.