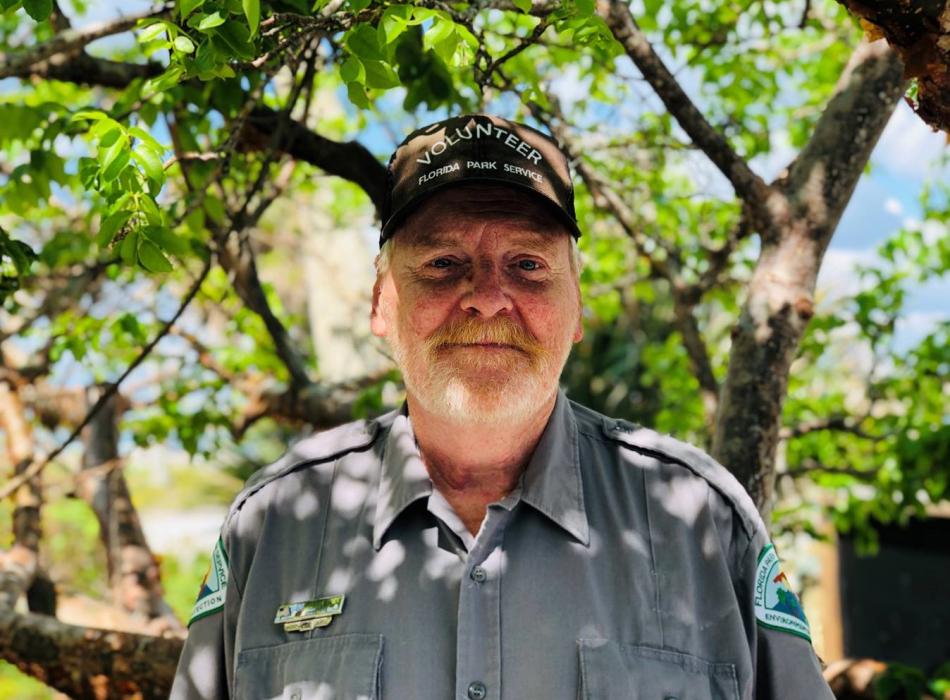 “There was just something that drew me back,” says Bob when recalling that first visit. A year later, Bob’s neighbor, who served as a park volunteer, recommended that Bob begin working as a volunteer. Bob said he jumped at the opportunity, remarking “It’s an even more special place some six odd years later!”

Bob is always helpful, friendly, and kind in his interactions with park visitors and staff. “Helping visitors comes easily for me,” he says. “Best of all, I get to give back to the parks, both national and state, that did so much to change my life growing up.”

Bob serves as the president of the Friends of Sebastian Inlet State Park. He has previously served as the vice president and as a general board member since 2016. Bob works extremely hard and does an amazing job of managing all aspects of the organization.

During the summer months, Bob also assists as a scout for the park’s Turtle Watch and Manatee Watch programs.

Although he is busy with many obligations, Bob is always available and continuously seeks opportunities to do more. It is obvious that he cares deeply about the park and its people and about making a difference. Bob says the most meaningful part of being a volunteer is the friends that he has made.

When asked what he likes to do outside of the park, Bob smiles and quickly says it is spending time with his two year old grandson. He also likes woodcarving and says, “I enjoy watching a piece of wood takes the form you want it to.”

Bob manages to do so much for the park and attributes his success to those around him. “It’s been very humbling overall, and it continues to be a fun ride!”