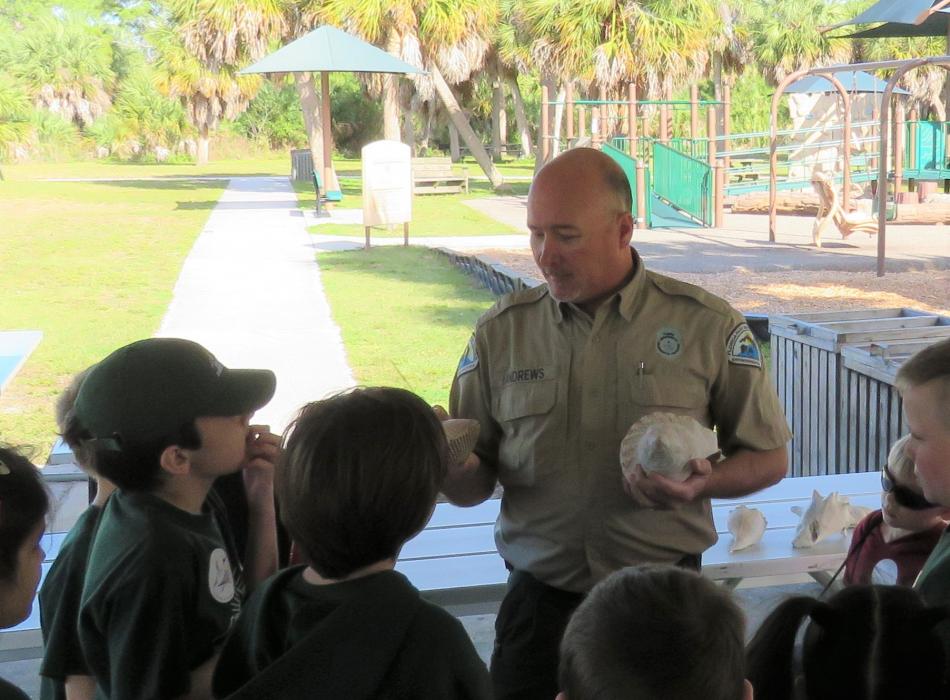 Todd Andrews is a native of Dunedin, not too far from Honeymoon Island and spent a lot of time during his childhood in state parks, as his grandfather was a park manager. This fueled his passion for the outdoors. He often visited Honeymoon and Caladesi Islands, boating, fishing, camping and hiking all throughout the park. So, it was only natural that he would come here as an adult to give back to the place that gave him so much joy as a child.

Todd started as a volunteer at Caladesi Island State Park and worked his way up to be a park ranger at Honeymoon Island. You can most often catch him on the beach doing turtle patrol or running about the park helping out wherever he can. In his free time Todd enjoys kayaking, fishing and hiking around the park. He really enjoys spending time the Real Florida and thinks that Honeymoon Island is the perfect balance between nature and recreation. His favorite time of the year is the fall, with the muhly grass blooms and the return of the eagles and great horned owls.

What Todd most enjoys about his position is the diversity of the job. Each day brings an exciting challenge that’s he’s eager to take on. He’s proud of the fact that he makes a difference at the park. Whether it’s treating exotic plants, protecting sea turtle nests or teaching kids about environmental protection, he knows that he is helping preserve this park for future generations.