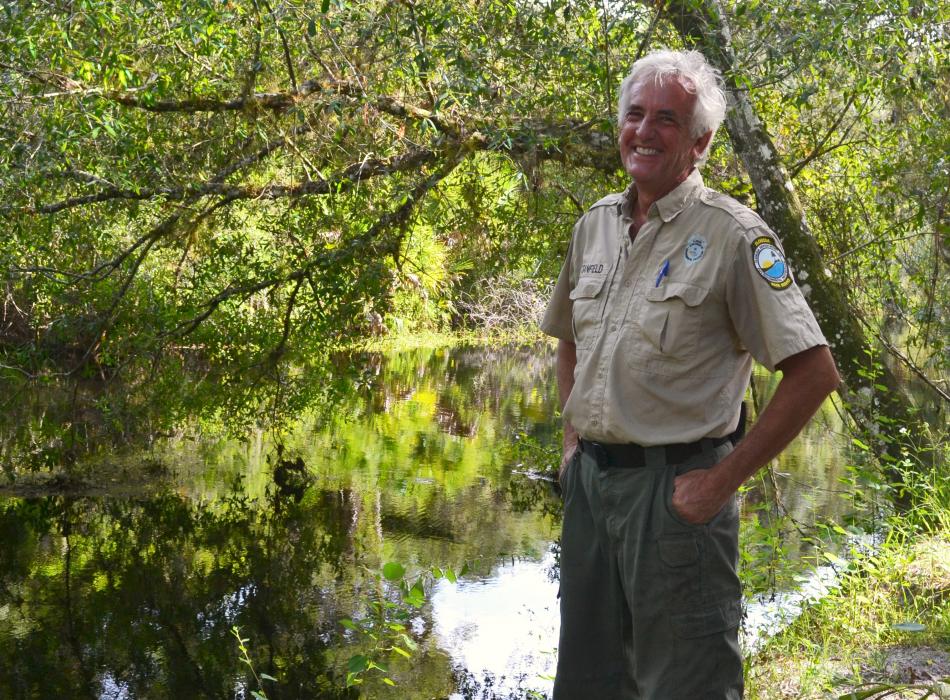 Mike Stanfield, “the Plant Dude,” grew up near Bahia Vista and the future Legacy Trail extension. Almost every day, he and his friends would hike the railroad tracks to the trestle or have a dirt clod war in their neighborhood.

In 1973, Mike’s best friend at Pineview Elementary School told stories of adventure in a playground of flora and fauna. This is because his best friend’s father was a park ranger at Myakka River State Park. It was then that Mike decided on his future career.

His first Boy Scout camping trip plus family reunions and weddings took place in Myakka throughout the years. He started volunteering at the park in 2007 and joined the team about five years later.

The unofficial naturalist of Myakka is well known for interpreting the park, especially plants, but he loves all aspects of the job, from prescribed fire to vehicle logs. He comes in to work every day because the park is his office, and it's a place where so many special memories were made throughout his life.