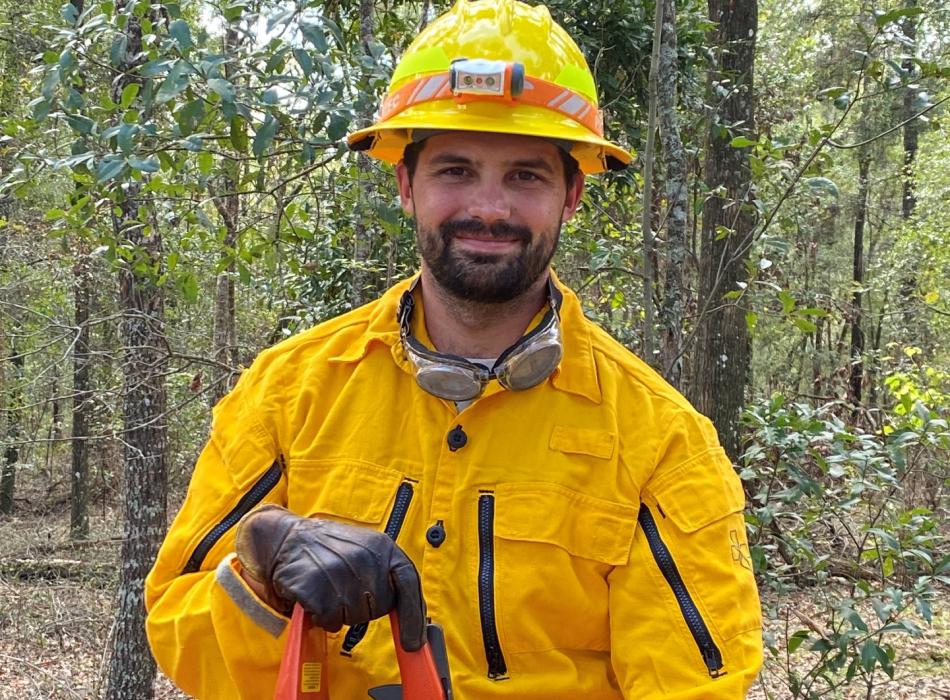 Jon was born in Alabama but moved to Pensacola, Florida, when he was 11 years old. As a child, Jon would spend as much time as possible in the woods with his brother. From a young age, he dreamed of being in the military or becoming a park ranger. At the age of 17, he realized that first dream when he joined the Army National Guard and discovered his love for serving both country and state.

While serving as a sergeant with the U.S. Army Cavalry, Jon wore many hats in his civilian life, working as an off-road mechanic, refrigerator technician and carpenter. After having been deployed for both Operation Iraqi Freedom and Operation Enduring Freedom, he decided it was time to pursue his other passion.

Jon enjoys being outdoors and working with his hands, so becoming a park ranger gave him a chance to do both. One of his favorite parts of his career is participating in prescribed burns – controlled fires that are designed to mimic the wildfires many of Florida’s environments need to thrive. Ruth B. Kirby Gilchrist Blue Springs, the 175th state park, has been virtually untouched by wild or prescribed fire in the past 50 years, and Jon looks forward to participating in a prescribed burn here.

His favorite time of the year is October, because the weather starts to cool down and it is more enjoyable to go hiking and camping in our beautiful state parks. But year-round, you can be sure to find Jon doing his best to protect ...the Real Florida ℠ at Gilchrist Blue Springs.