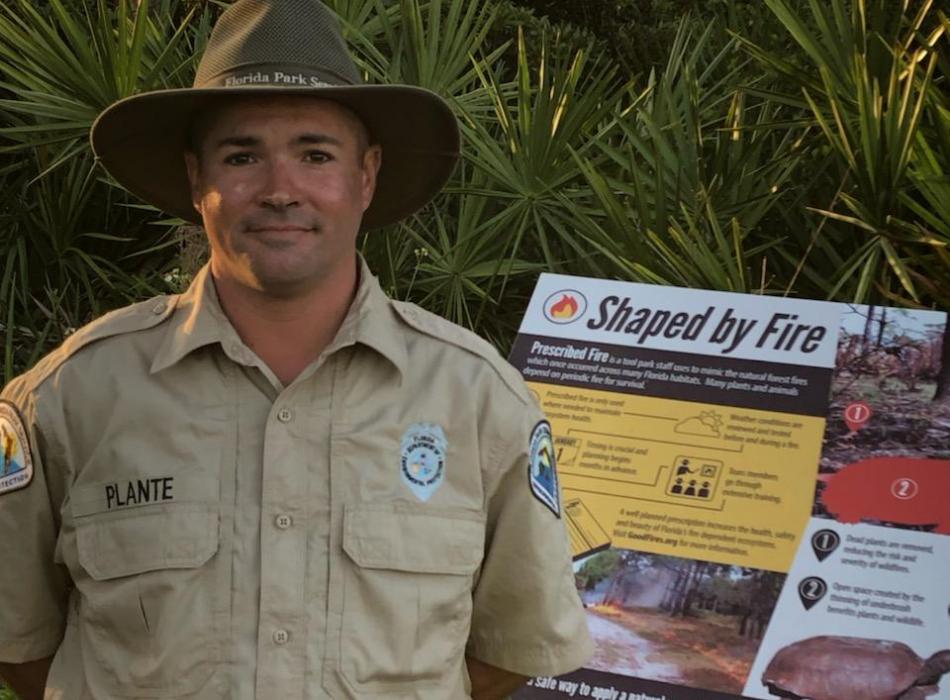 Park Ranger John Plante has been an avid outdoorsman since his childhood growing up in Vermont. He moved to Florida in search of warmer weather and found his calling working to protect the natural and cultural resources at Don Pedro Island. He was drawn to the secluded island and its "Old Florida" feel.

As the only full-time park ranger on the island, John is involved in every aspect of the park. You can often find John greeting visitors as they pull up to island’s dock by boat or kayak, at the park’s pavilion, or on the beach. His favorite part of the job is sharing his love for the island with park visitors and getting out in nature. John is also an intricate part of sea turtle protection efforts from May to October. He works hard to ensure that the turtles have the best possible chance for survival. John has big plans for the park and hopes to bring more interpretive programs to Don Pedro Island in the future.