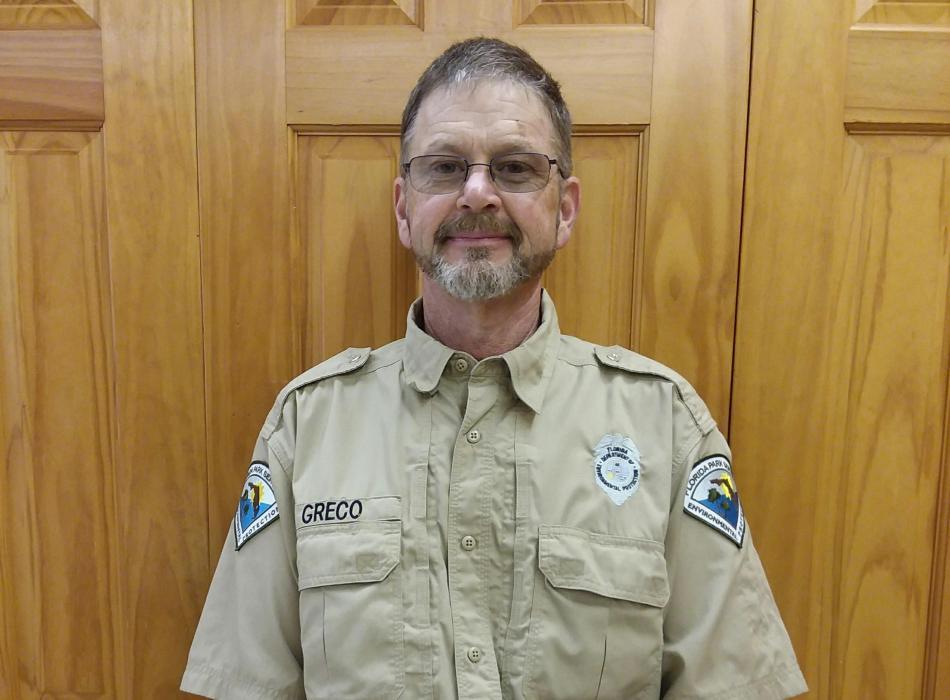 Park Services Specialist Gerard Greco has been a member of the Florida Park Service family since 2003, but he has been an advocate for nature and outdoors all his life. A native of northwest Florida and an avid outdoorsman, Gerard enjoys spending his time outside in the fresh air and sunshine. As a young man, he would visit Blackwater River State Park with his family most every weekend in the summer, hiking the trails and learning what he could about the forest and its animals. Gerard hoped to become a park ranger so that he could continue to learn and experience the outdoors.

Gerard started his working life in construction where he learned the skills that make a ranger so effective, carpentry, plumbing and electrical. He enjoys working with his hands and has a natural mechanical aptitude for fixing whatever is broken. Gerard spent 10 years working in a wood shop as the mill foreman before changing professions to work with the Florida Park Service.

Gerard spent the first few years moving around before settling at Blackwater Heritage State Trail and has seen the trail transform from a quiet little local gem into what is now a very popular biking destination. He is very proud of the way the staff, volunteers and regular trail patrons take ownership and treat the trail as their own backyard in the same way he does. Gerard feels that being a part of the Florida Park Service family gives him the chance to “create more owners!” by spreading the word.

It belongs to us all; if we don’t take care of it who will?