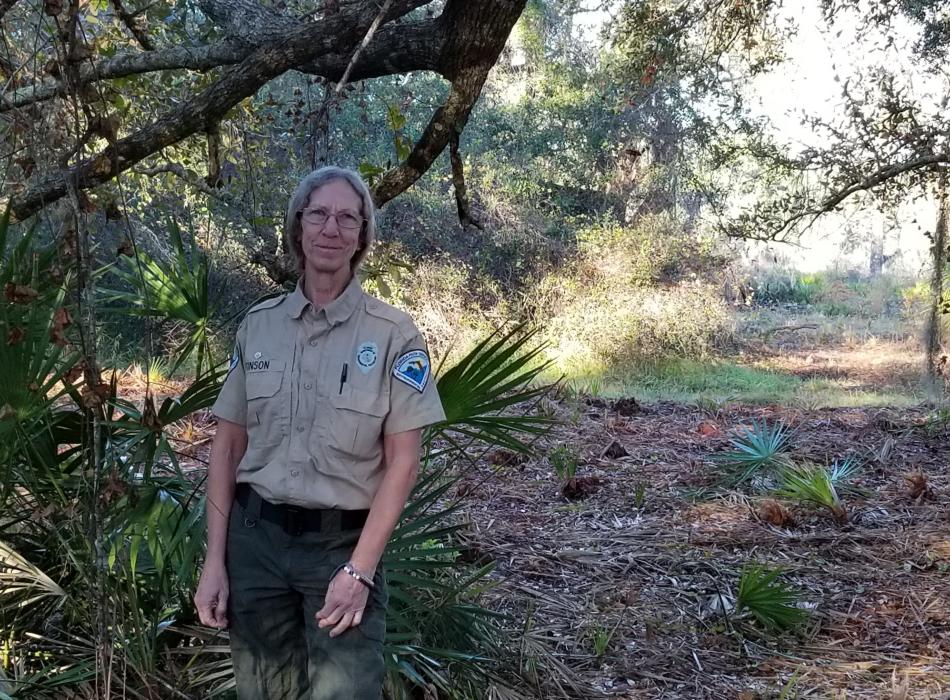 Diana Stinson was born and raised in Sarasota, and like the endemic Scrub Jay, is a true native Floridian. Growing up with the outdoors in her heart and soul, she found serenity and connection to the environment while experiencing the beauty of nature and its cycle of life.

A desire to pursue a career in the outdoors led her to follow an ad in the paper for AmeriCorps in the Florida state parks. She was hired to serve two terms as an intern in 2004 and 2005 at Oscar Scherer State Park, and continued to volunteer there even after her AmeriCorps terms ended. She was hired as a part-time park ranger for the park in October 2006, and began her career as a full-time park ranger in the Florida Park Service that December. While at Oscar Scherer, Diana has studied invasive exotics and their impact, provided interpretative programs, and has even become a certified burn boss, to name of a few of her accomplishments.

For many years, Diana coordinated most of the park's events, with the Annual Earth Day Festival becoming her favorite. In March 2018, she was promoted to parks services specialist to do that work full-time. She now not only coordinates the park's events and school field trips, but also recruits and manages its dedicated volunteers. She enjoys the challenges of her new position and once again learning new skills that help keep the park a popular and accessible place for all visitors.