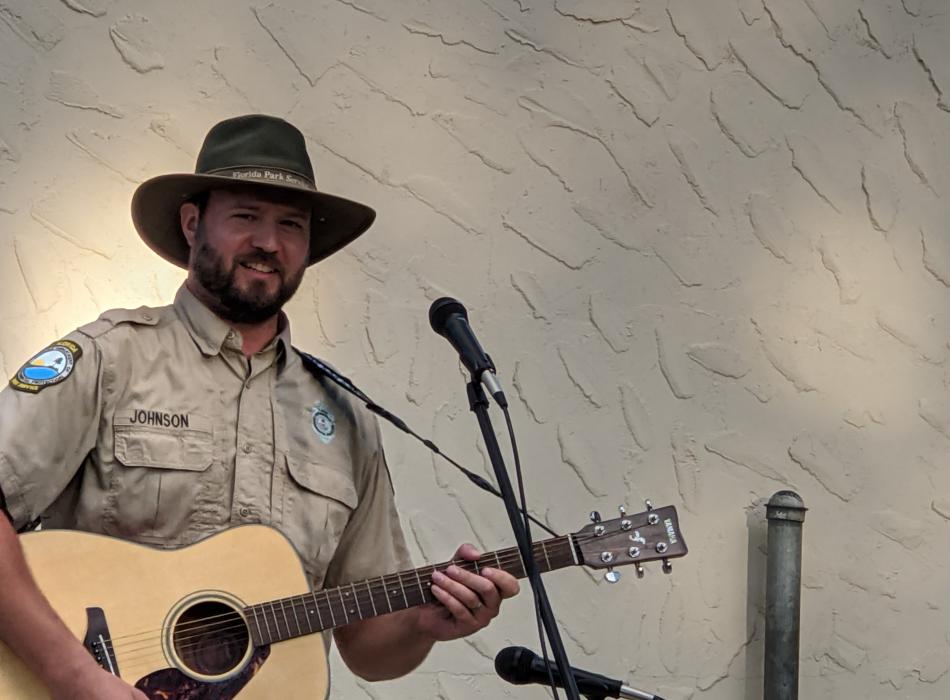 He has the gentle ease and comfort born of his country roots. Growing up an hour outside of Nashville, Tennessee, Collin always loved music. After getting his degree in cultural anthropology, he worked as a park ranger at Old Stone Fort Archaeological Park in Tennessee. It was a great fit, but music continued to tug at his heart strings.

He and two other musicians created a rock ‘n’ roll band that played the Nashville clubs. He played guitar, sang, and wrote original songs for the band.

He and his wife did some traveling that eventually led them to Wakulla Springs. They moved to the area, and, after two years of trying, Collin landed a park ranger position.

His joy as a ranger is leading the river boat tours. It has provided the perfect marriage of his love of the outdoors, music and connecting with people. Collin has even written songs about the Wakulla River and its critters which he sings to his delighted river boat tour guests. He unabashedly admits, “This is my dream job.”

We hope that you will visit Edward Ball Wakulla Springs State Park. Take a river boat tour and get to know Collin or another member of our talented park staff. Please be part of what makes this our dream job.