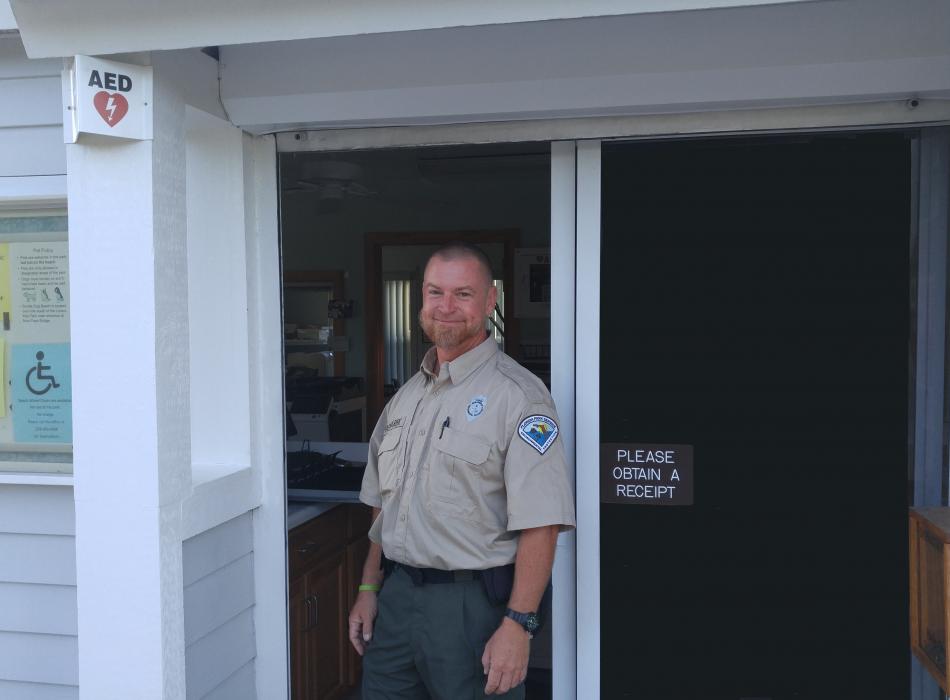 Park Ranger Bryan Kaczmarek leads the Lovers Key exotic removal team. Bryan is Brazilian pepper’s worst nightmare, Australian pine’s greatest fear, and earleaf acacia’s eternal enemy. He believes that the park’s ecosystems should be preserved as they have been for hundreds of years. If not for Bryan and his team, the park might look completely different. He loves to help show off the park and its wildlife because his work keeps their habitats intact and vibrant.

To Bryan, being a ranger means being the face and voice of the Florida’s environment and wildlife. He loves to kayak in the canal and look for manatee and alligators. Even on his off days he can be found in the park, relaxing on the beach and swimming in the gulf.

When he was growing up, Bryan would often come from his home in Tennessee to visit his grandparents. Together they would fish around Lovers Key. He fell in love with Florida because of those visits and he hopes to inspire the same feeling in visitors from around the world.