Visiting Paynes Prairie Preserve State Park in the winter is a special treat. Temperatures drop and the breezes pick up, blowing the Spanish moss draped in the big oaks and whistling across the vast expanse of the prairie. 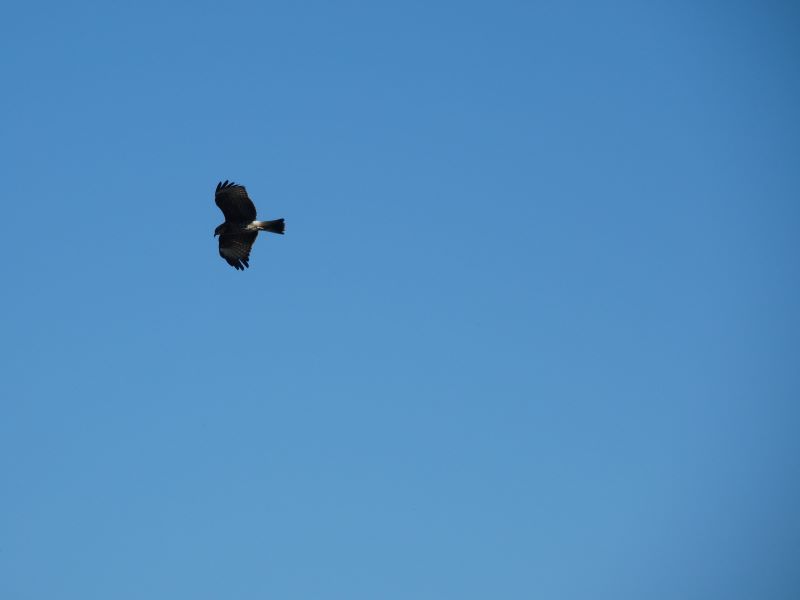 Taking a moment to look up, there’s a new silhouette visible against the sky. You may be familiar with the high-flying circles of vultures, the flitting movements of songbirds and even the occasional glimpse of a hawk or eagle. What you may not realize is that an amazing story is taking place above, below and even all around you. It is the story of the snail kite, a bird once on the brink of extinction but now finding a second home in the mid-size city of Gainesville.

The snail kite can seem like a fairly ordinary bird at first glance. It is a raptor with characteristic sharp talons for grabbing, curved beak for tearing apart food, and broad wings for effortless and agile flight. A few things may be noticed by the sharp observer: the bright orange beak with a tip of black, the white patch on the tail and the bright amber to red eyes. 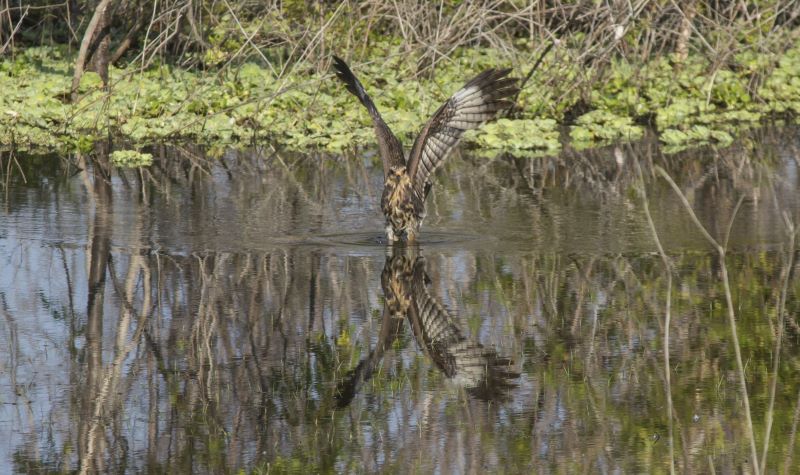 What is this bird? You’ve probably never seen it before - could it be something special? The answer is an unequivocal yes.

The snail kite is an odd individual in the animal kingdom. While most species have evolved to eat a wide diet to help them adapt to a variety of habitats and conditions, this is one of the few examples of specialization to the extreme.

Snail kites, along with their fellow prairie resident the limpkin, have evolved to eat almost exclusively one thing - snails. Large freshwater apple snails, common in the vast expanses of the South Florida Everglades, are the primary food source for this bird. As a result, for decades snail kites were found only there as well as in expansive wetland marshes in Central and South America. 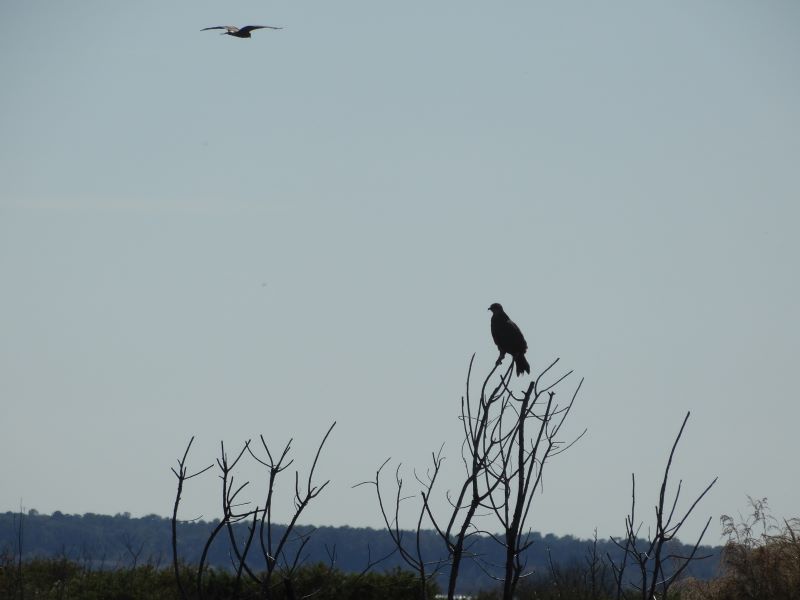 Beginning in the 1950s, and continuing through the '80s, wetlands were encroached upon as development exploded in the state, and kites began to lose their habitat. The specialization of their diet, something looked upon by scientists as a key and unique feature, was suddenly a major disadvantage to the survival of these birds.

If the wetlands that supported apple snails were to disappear, then so would the kites. Environmental efforts, including the establishment of state parks, helped to curtail this loss, but snail kites had already been designated as both state and federally endangered as their populations remained low, with only 10 individuals counted in 1965.

Only a few years ago, a major change in the snail kite story occurred. The arrival of an invasive giant apple snail in Florida, something that would generally be considered a bad thing, prompted a move that showed the incredible versatility of nature. Snail kites began to prosper, preying on the invasive snails. 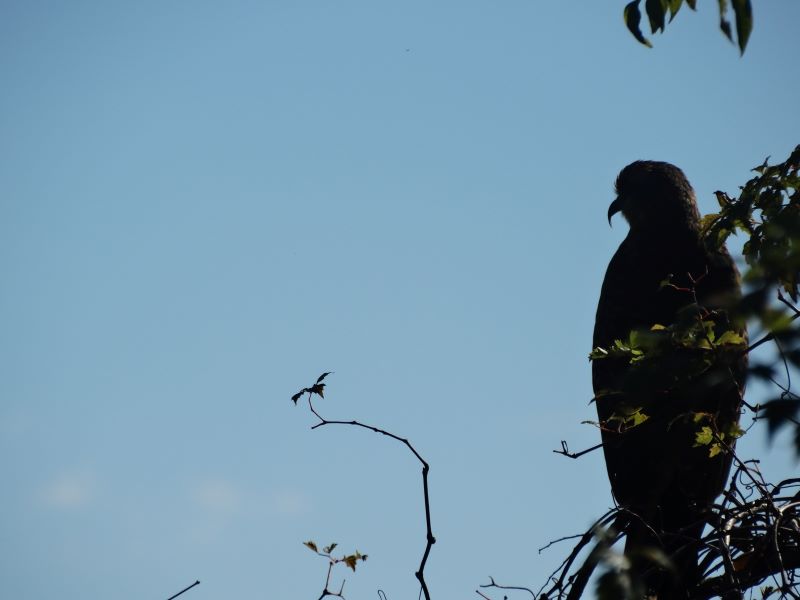 More recently, the invasive apple snail reached Paynes Prairie Preserve State Park, and after Hurricane Irma filled the prairie basin with water the invasive snail spread across the prairie. In due course, the snail kites came north, following their favorite food. A welcome sight to scientists, and a thrilling experience for visitors who recognized the kites, a few breeding pairs were a draw to the park the first year they arrived.

Today we begin to look to the future. The prairie is a place of constant change, from the plants and wildlife species found here to the constantly fluctuating water levels.

While hurricanes and record storms brought several years of high water at the park and corresponding excellent habitat for snails and kites alike, a decrease in rain has reduced those water levels, slowly draining the land so that areas that once looked like lakes more closely resemble the prairie for which the park is named.

A question looms in the minds of local biologists and kite enthusiasts: What will this do to the kites? If the dry period continues, and wetlands drain, will the snails be removed entirely from the prairie? How will the snail kites respond?

Populations may go down again as quickly as they shot up. The birds may return to the Everglades in South Florida and the lakes of Central Florida, or go somewhere new entirely. Perhaps the kites may even adapt to this new future in a different way, surprising us again with their ability to survive.

Whatever happens, for now the snail kites can still be seen, circling and diving majestically above the prairie waters, nabbing a snail from beneath the surface and flying off to enjoy their meal. You can come witness this fantastic spectacle for yourself when you visit ... the Real Florida.