David Levy Yulee was one of Florida’s most prominent businessmen in the first half of the 19th century, building railroads and a massive plantation that helped bolster the state’s economy. 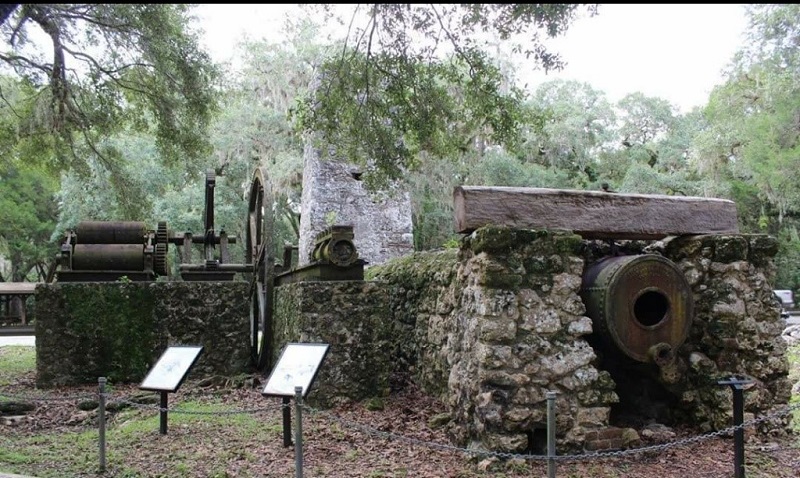 The first U.S. Senator to represent Florida and first Jewish member, Yulee built a profitable plantation and mill near present-day Homosassa. The mill processed one of the area's major cash crops, sugarcane, into syrup, molasses and rum.

Enslaved people worked the 5,000-acre Margarita Plantation and mill in conditions that were harsh and exhausting.

Field workers planted and cut sugarcane stalks with machetes, then mill workers processed the stalks in several stages. Workers operated a cane press that rolled the stalks flat to extract a juice that was then boiled to make sugar, dangerous work that could result in crushed fingers and burns. The dry stalks were discarded or used to power large furnaces that created a sweltering environment inside the mill compounded by summer heat. The sugar, syrup or molasses was packed into barrels and loaded onto ships on the Homosassa River, bound for other harbors to be sold at a good profit.

In the years before the Civil War, many plantation owners enjoyed economic prosperity. Yulee greatly profited from the goods produced by enslaved laborers on his plantation. When the Civil War began, Union naval blockades cut off many markets for Yulee's mill and plantation products, and the mill was forced to close.

In May 1864, a Union force burned the plantation and Yulee’s home on nearby Tiger Tail Island, which was being used as a stockpile for Confederate supplies. The Union troops, unable to locate the mill, left it untouched. The mill never went back into use, and the enslaved people on the plantation were freed at the end of the Civil War. Yulee fled and was imprisoned for a short time before returning to the state to continue building railroads.

Over the years the abandoned mill structure fell to the ravages of time, and today only the ruins stand as testament to the site’s complex history.