Over the years, the lands ultimately making up Addison Blockhouse was owned, sold and split among a variety of planters.

In 1777, John Moultrie completed a plantation in the Tomoka uplands. The house was described as wood framed with a stone chimney, a piazza and two small wings. The kitchen of the house later became the Addison Blockhouse. The house was abandoned in 1783.

John Addison first acquired the land now known as the Addison Blockhouse Historic State Park in 1807 from John Moultrie and named the cotton plantation Carrickfergus after his birthplace in Ireland.

An 1816 map held in the State Library and Archives of Florida shows that the plantation covered 1,414 acres from the west bank of the Tomoka River to Kings Road. Addison grew cotton and other field crops in the area, which is shown as “cleared land” on the 1816 map. The labor for clearing, planting, picking and ginning cotton was provided by 67 enslaved workers.

John Addison died in 1825 and was buried on his plantation by his brother, Thomas Addison.

The plantation was sold two years later to Duncan and Kenneth McCrae. The McCraes built a plantation and large steam-powered sugar mill in 1832 that operated for four years until 1836. The McCraes abandoned their plantation after sugar production plummeted and the Seminoles approached.

On February 27, 1836, returning troops began construction of the blockhouse around a kitchen foundation. A moat was dug and an 18-foot-high palisade wall surrounded the fort. The palisade was made from pine tree logs, split and driven into the ground. The ends of the logs were sharpened, holes were cut for firearms and a bench was installed inside all the way around.

On March 10, 1836, Seminole warriors King Philip and Wildcat led a raid on Carrickfergus, destroying the sugar mill and other plantation buildings. The Seminoles attacked soldiers who were patrolling between the mill and the fort. Three soldiers were killed, and the troops then abandoned the area.

After the Seminole raids, the plantation was abandoned and the Addison gravesite disappeared until 1911 when the Daytona Gazette-News reported that an unknown grave had been found in the woods along the Tomoka River. The identity of the grave was later revealed when the broken headstone was found nearby in the woods with the inscription, “Sacred to the Memory of John Addison.” The headstone was repaired and placed at the recreation hall at Tomoka State Park.

Today all that stands is what is believed to be the outdoor kitchen of the Addison plantation and the partial walls and foundations of the McCrae sugar mill. 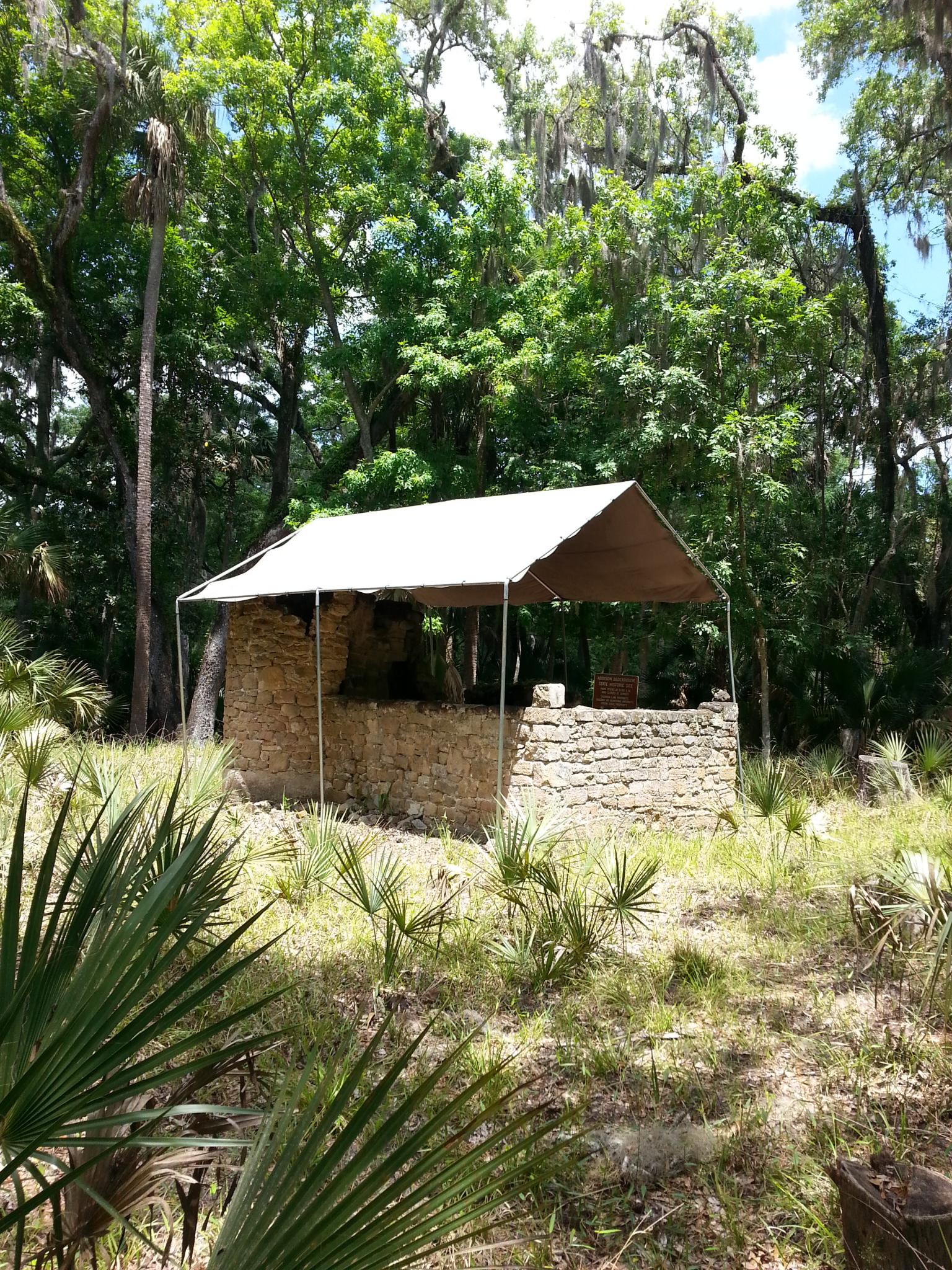