What do nearby Jacksonville Beach and Big Talbot Island State Park’s Boneyard Beach have in common? Very little, actually. They are both Florida beaches located in the same county and city, but are so different in appearance and atmosphere that you may find yourself doubting that you are even in the same state.

Escape the hustle of the city shore and explore a wilder side of Jacksonville at a one-of-a-kind beach at Big Talbot Island State Park. Appreciate firsthand the power of Mother Nature and discover the benefits of wild coastal ecosystems and their role in storm mitigation and resiliency for the city. Perhaps most importantly, climb a driftwood giant and feel like a kid again. 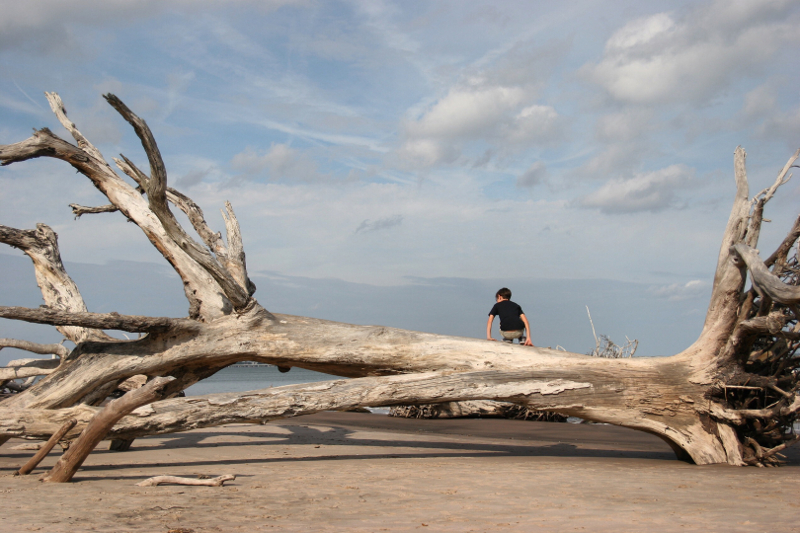 Boneyard Beach is a favorite Jacksonville retreat and close-kept secret. Three miles of shoreline along the Nassau Sound at the very northeast corner of the city limits form a spectacular visual and ecological wonderland.

No skyscrapers are in sight, because the beach tucked into Big Talbot Island State Park is within the bounds of the federally protected area of the Timucuan Ecological and Historical Preserve. Sculpted by nature, this shoreline boasts 30-foot bluffs and a striking beach peppered with massive driftwood trees that recall images of an elephant graveyard. 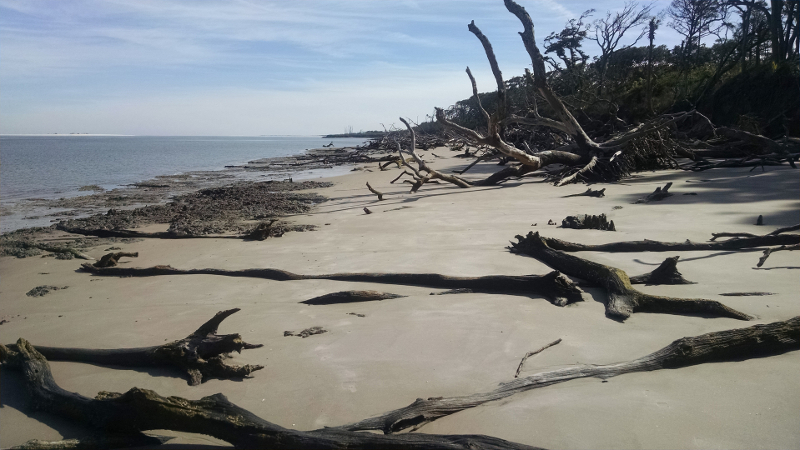 As the waters move around the barrier island, channels deepen, fill in and shift.

Relatively recently (within the past few hundred years), this has meant a swift retreat for the shoreline resulting in rapid tree fall. Their bones are bleached, smoothed and battered by sun, sand and wind. While no longer standing, these trees still have an important job to do. They protect the remaining woods and uplands by dispersing and breaking up wind and wave energy and slowing further erosion. Their buffering effect keeps the barrier island in place so it can play its vital role of absorbing the brunt of the Atlantic hurricane season’s fury and protecting the cities, towns and salt marshes inland. Without the intricate root system of the forests here squeezing the sand and soil in place, the bluff would be eroding much faster, leaving Jacksonville exposed to more extreme sea level rise and storm impacts.

Developed beaches, like those farther south in Jacksonville, suffer the effects of storm surge and flooding more readily. 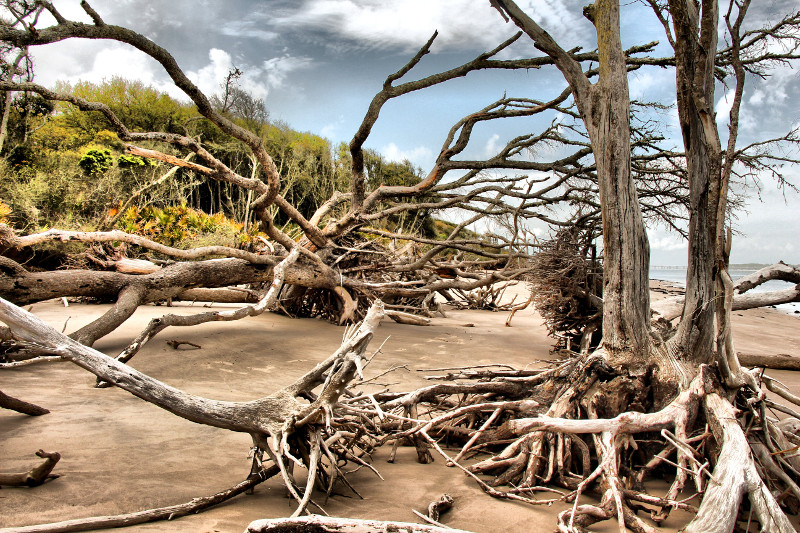 So the next time you visit Big Talbot Island State Park, take a minute to say thank you to the spell-bindingly gorgeous trees of Boneyard Beach, and appreciate the natural functions, beauty and safeguards that our parks provide.