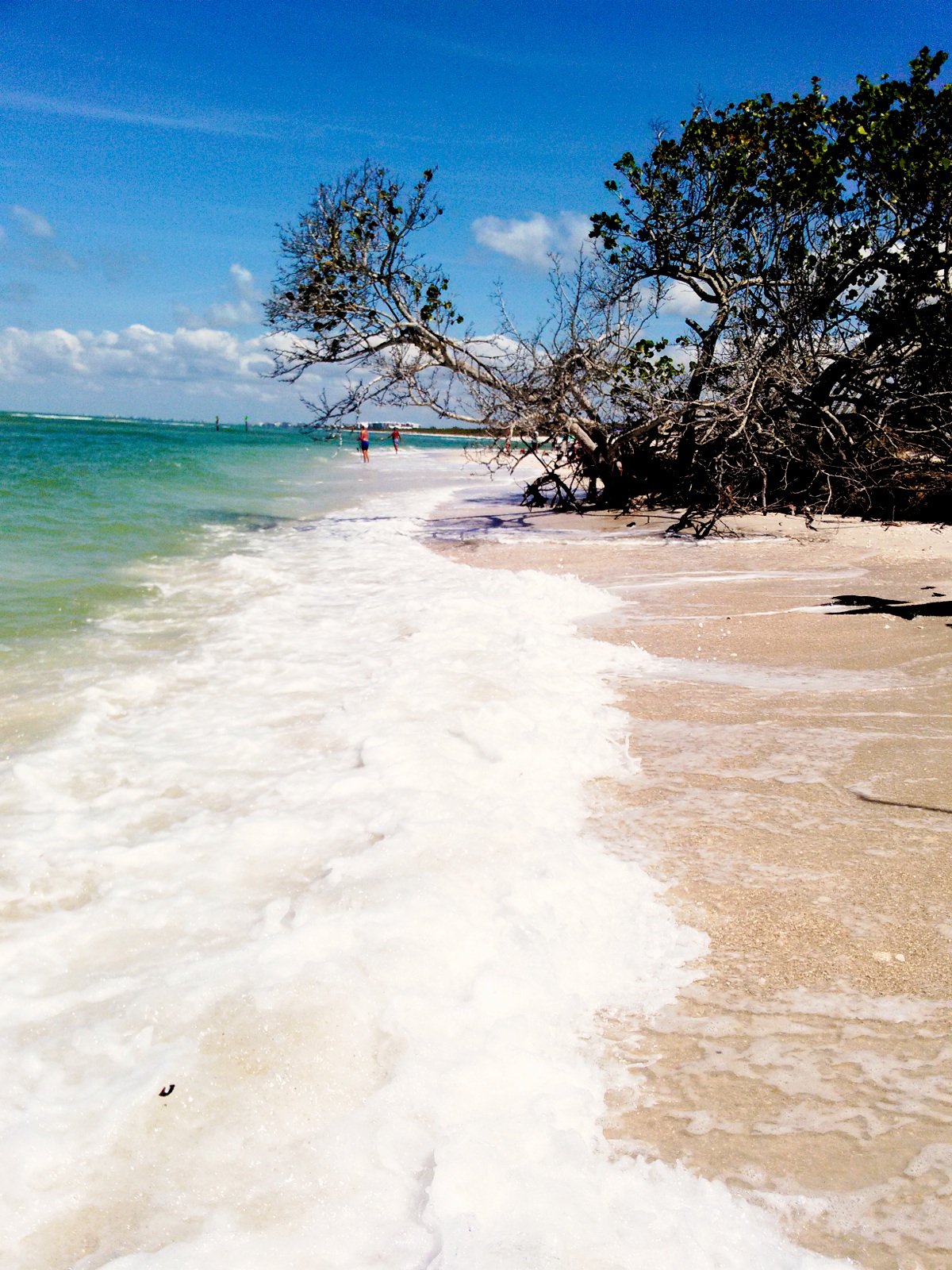 Much of the sand on Florida beaches is made up of quartz crystals, produced by the weathering of continental land masses like the Appalachian mountains. The quartz is washed down America's great rivers into the Atlantic and the Gulf of Mexico where it is carried onto the beaches by water currents and waves.

Combined with the sparkling quartz crystals may be shell fragments, coral limestone fossils and organic matter which lend different colors to the sand.

Beach sand along the southeast Florida coast and the Keys is often composed more of coral and mollusk shell fragments than of quartz crystals.

At Delnor-Wiggins Pass State Park, the 1 mile of beach is almost pure white quartz. The soft sand and color is a favorite among visitors.