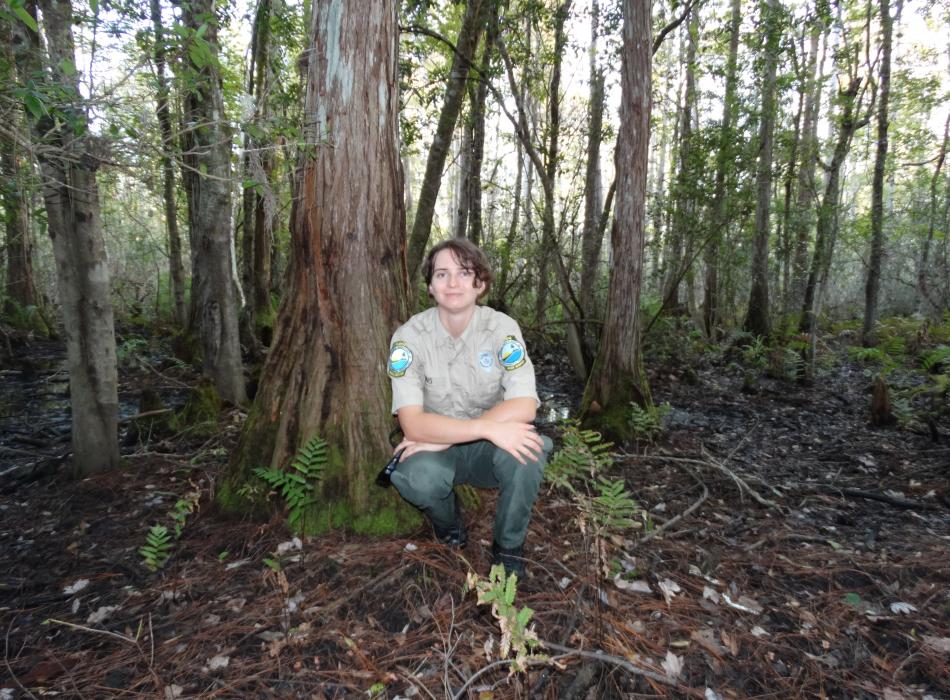 Born in Indiana, Joanna "Jo" Goins moved with her family to Jacksonville, Florida, where she attended the University of North Florida. After graduating with a degree in biology, Jo began her journey to Park Ranger by working as a volunteer with the environmental arm of a program called AmeriCorps. After serving a term with AmeriCorps in the state of Indiana followed by a term in California, Jo returned to Florida and accepted a position as an Exotic Removal Technician at Colt Creek State Park, and soon after moved into her role as Park Ranger.

Jo shows a passion for resource management, to which she says "it's a joy to serve the land and its people." It was Jo's strengths in resource management that led her to BAT (Backlog Abatement Team). The group is an awesome team including Park Rangers, biologists and others who contribute a significant amount of their time to conducting controlled prescribed fires, trail and park maintenance, and a variety of other projects in addition to their normal Park Ranger duties. The dual role suits Jo well, as she's ever-the-student and never idle, and the skills she learns from one role are useful in another.

In 2018 Park Manager Scott Duncan presented Jo with the Florida Park Service "challenge coin," a token acknowledging a person's over-and-above actions, presented for her contribution to Hurricane Michael cleanup in the Florida Panhandle.

Jo is a wonderful example of achieving goals through hard work and team spirit. Jo’s zany sense of humor, dependability, and skillfulness in the workplace have made her a terrific fit within our team.