Many Layers of History at De Leon Springs

One common element has attracted and fascinated people for more than 6,000 years — the spring. It has been the area’s lifeblood, providing drinking water, a rich food source, access to waterways, mill and electrical power, health and economic benefits, and recreation.

The park’s history is extraordinary because most human activity has occurred in the vicinity of the spring. Walk in the footsteps of those who have lived before you — Mayaca Indians, Spanish priests, Seminole Indians, famed naturalist John James Audubon, U.S. Army soldiers, steamboat captains, hotel workers, the first tourists, etc.

Florida’s original people here were the Mayaca, who occupied the region for thousands of years, building shell middens and ceremonial/burial mounds.

The two oldest canoes found in the Western Hemisphere were discovered in the spring.

After the Mayaca were forced out by the Spanish, the void was filled by the Seminole Indians and European settlers. The park includes some of the property that was the 2,000-acre Spring Garden Plantation, which grew cotton, sugarcane and corn, processing the cane juice into sugar at Florida’s only water-powered sugar mill.

LL "Lucky" McGee contributed to many of the discoveries at De Leon Spring. LL McGee not only assisted with the excavation of the oldest dugout canoes but he also contributed to the safety of divers at De Leon. One of his biggest accomplishments is installing a grate at the cave entrance.

The plantation was drawn into the Second Seminole War and the Civil War, when it was raided twice. Seminoles burned buildings in 1835, which resulted in future President Colonel Zachary Taylor sending troops to the area. The mill was dismantled and crops destroyed in 1864, this time by Union troops, whose goal was to cut off supplies, mainly corn and cattle, to the Confederacy.

The building here today was reconstructed in the early 1900s; it became the famous Old Spanish Sugar Mill restaurant in 1961.

Although the park, entrance road and town are named after the explorer Juan Ponce de Leon, Spanish records show that he came no closer than the coast near Cape Canaveral, where he claimed Florida for Spain in 1513.

The upscale, 14-room hotel built in 1925 made the spring a destination for Northern tourists. Most guests arrived by train until roads were constructed in the 1920s for the new mode of travel, the automobile.

Tourism and the state’s population increased dramatically after World War II, which led to the attractions era of the 1950s to 1960s with Ponce de Leon Springs featuring a water-skiing elephant. Following its closure in the 1960s, the property became a private recreational park then a state park in 1982.

A touch table with bones and shells, park photo albums, printed information and a children's area ensure there is something for everyone. Also, visit our additional history page for more De Leon Springs information.

As you walk around the spring, think about the park’s many layers of history. If it’s a quiet day, maybe you can hear the Mayacas speaking, Spanish priests conducting Mass, a steamboat whistle, or smell boiling cane juice, wood smoke, and game hens baking in the hotel kitchen.

Take a moment to reflect on the people who worked, played and died here - they all have contributed to what you see and enjoy today in ...the Real Florida. 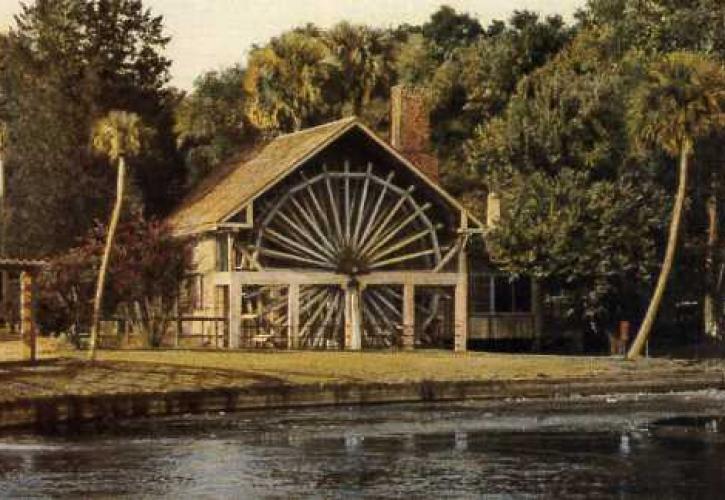 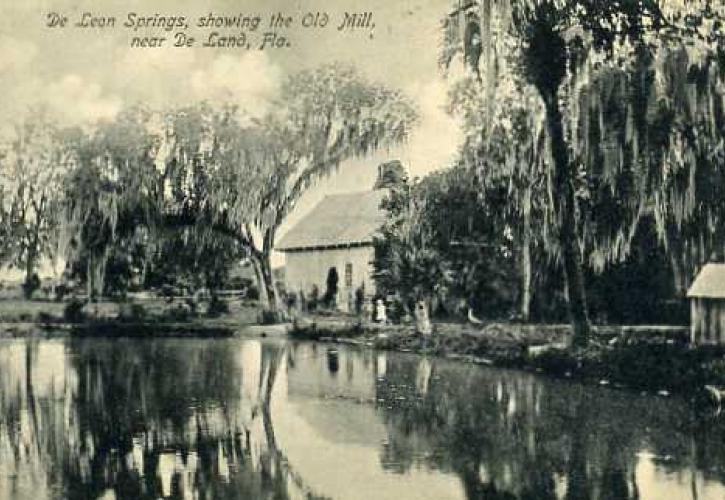 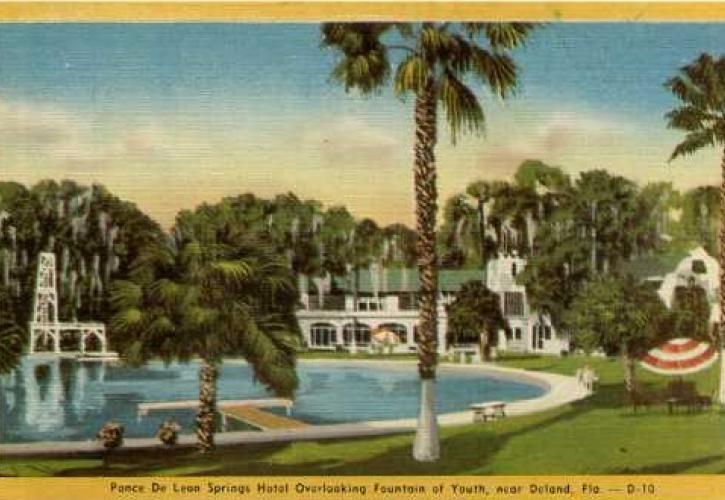 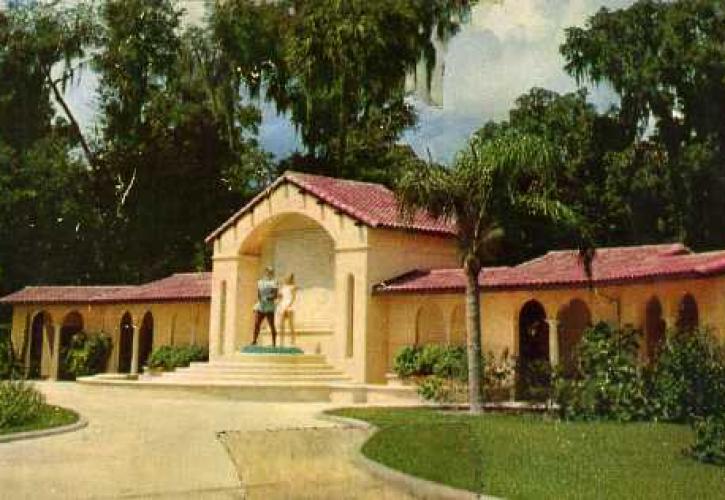 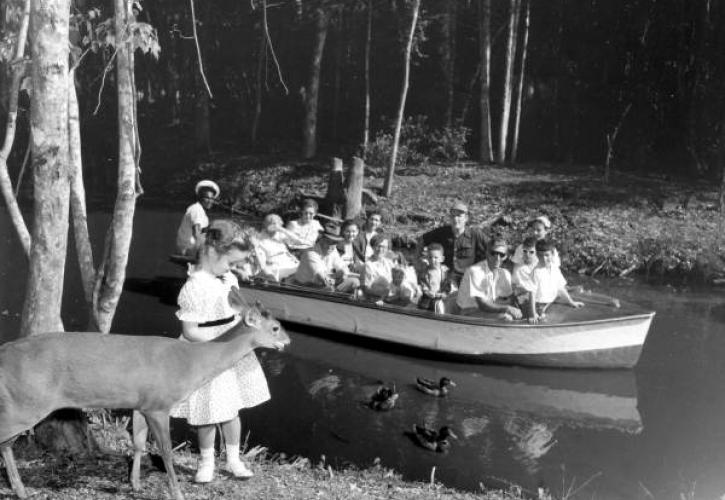