The entrance to the Cumberland Sound and the St Mary’s River has been of vital importance to the people of Florida for close to 300 years. The first fortifications on the site began in 1736, but it wasn’t until almost a century later that Fort Clinch as we know it today began to take shape. 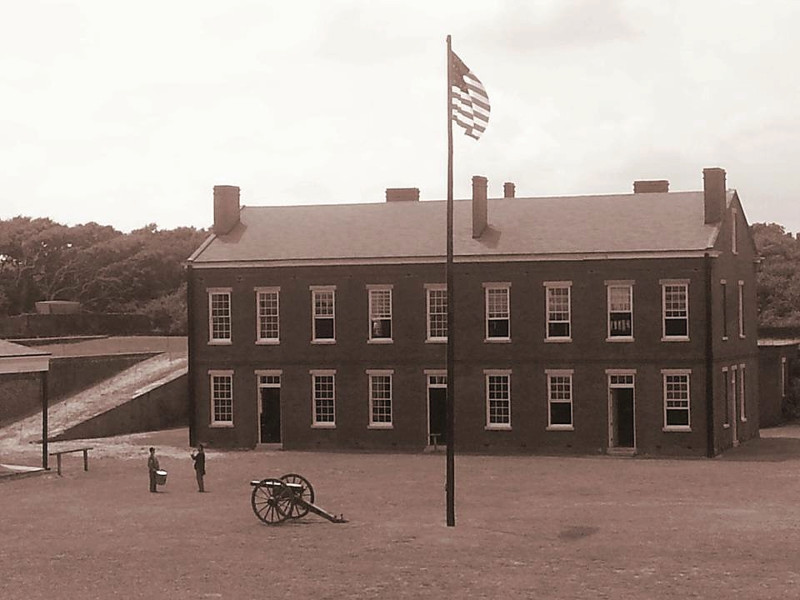 Following the widespread destruction of the War of 1812, the desire to protect the country from other nations in times of conflict grew. The Third System Fortifications entailed a series of forts built along the coastline of the United States to defend against foreign invaders.

Construction of Fort Clinch began in 1847, with visions of a triumph of masonry and stone built mostly by civilians and the U.S. Army Corps of Engineers to protect the coast of southern Georgia. However, by the outbreak of hostilities at the start of the Civil War, only about two-thirds of the fort had been completed and cannons had yet to be mounted on the walls.

At the start of the Civil War the fort came by default under Confederate control, which established fortifications and batteries on Amelia Island and the surrounding area.

As the Union started to gain control of coastal and southern Georgia, General Robert E. Lee gave the order to evacuate, and Union troops arrived in March of 1862. More work on the fort commenced thanks to Company E of the New York Volunteer Engineers, but it was still not completed by the end of the war, and by 1869 was left empty. 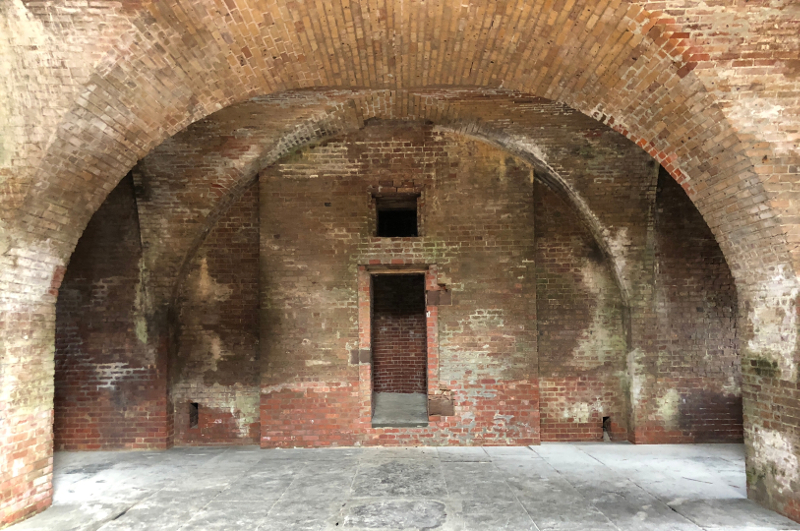 The fort was maintained by the U.S. Army on caretaker status until 1898, when the sinking of the USS Maine sparked the Spanish-American War and the use of Fort Clinch once again as a barracks and ammunition depot. Fortifications were made to the fort, including the mounting of guns and laying of a minefield outside the walls. Less than a year later hostilities ceased, and, again, Fort Clinch was abandoned.

After sitting empty for a number of years, the fort was sold by the Army to private entities in 1926 as it was no longer thought to be of strategic value. The years of neglect began to tell on the old brick walls, as pieces crumbled and sand began to pile inside thanks to Atlantic storms.

Fortunately, a few people recognized the significance of this historic site, and Fort Clinch became one of the Florida’s first state parks in 1935. The Civilian Conservation Corps (CCC) began restoring the buildings at the fort in 1936 thanks to the New Deal proclamation of President Franklin D. Roosevelt, who put thousands of Americans back to work refurbishing the nation’s parks and resources amid the stagnation of the Great Depression.

The CCC Company 1420 who were stationed at Fort Clinch constructed the museum, campground and park roads as well as removed massive amounts of sand and debris from the fort itself. A monument to these dedicated servants stands on park grounds today. 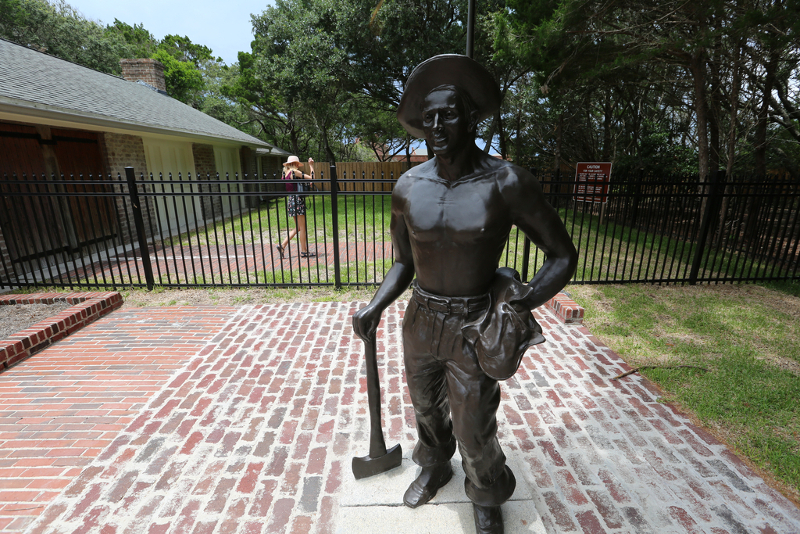 During World War II, Fort Clinch served its final mission as a joint operations center for surveillance and communications. At the end of the war it was given back to the state to open to the public.

Visitors to the fort today can tour bastions, guard rooms, a prison, barracks, hospital, kitchens and even a blacksmith’s shop, all found inside the brickwork walls and furnished as they would have been during the Civil War and Union occupation. The rooms give off a powerful feeling of history, and helpful volunteers and rangers share the story of what took place here.

Staff and volunteers in period uniforms depict daily life in the fort, including everything from bullet-making to sewing. Reenactment events occur year-round, including First Weekend Confederate and Union Garrisons, candlelight tours and larger-scale war reenactments.

Exploring the empty hallways and winding staircases of the fort, visitors can feel like they are on an adventure back in time, and is almost possible to hear the voices of the people of the past. 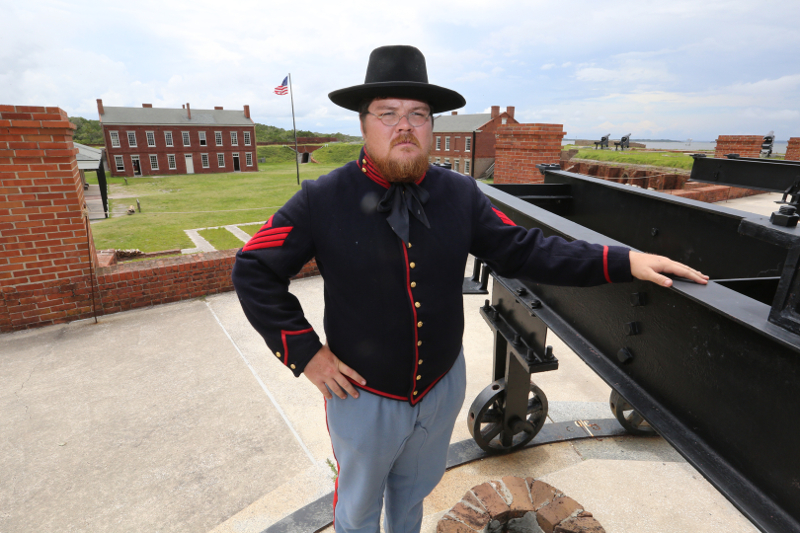 Florida has the distinguished honor of a very long and rich history, replete with the stories of the wars, homes and lives of the people who were once here.

Although it was never fully completed or used in direct combat, Fort Clinch served as a military post during three U.S. engagements. It endures as a symbol of our history, as well as the bravery and dedication of the soldiers who stayed here and protected the United States.

If you want to truly experience history firsthand, then come experience the story of Fort Clinch.