This species requires old-growth pine forests where nest cavities are excavated in living trees infected with red heart disease, which generally does not occur until the tree is at least 70 years of age.

The woodpeckers flake off bark to create a smooth surface on the tree, and peck resin wells around the cavity to drip sap and repel egg-eating snakes.

Red-cockaded woodpeckers are cooperative breeders that forage, nest and roost together as a family unit. The non-breeding young stay with the parents to assist in raising the next group of young.

Each member of the family maintains its own active cavity tree, and the breeding male’s cavity tree is usually used for nesting. Adults work to create new cavity trees throughout the year, as it takes six months to six years to create a suitable cavity.

Red-cockaded woodpeckers play a critical role in the unique web of life in Southeastern pine forests. They are primary cavity nesters and are responsible for the initial construction of cavities/homes for a host of other species in the pine forests that depend upon them.

Since many other species benefit and depend upon their work, red-cockaded woodpeckers are considered a keystone species.

Endangered red-cockaded woodpeckers were once very common throughout the pine forests of the Southeast.

From early population surveys, park staff concluded that red-cockaded woodpeckers occurred on the preserve in low numbers and were not using all available habitats.

In 1997, the St. Johns River Water Management District funded a two-year study of the population at the preserve to obtain more information to ensure the long-term survival of the species.

The study was designed to determine the population biology, evaluate habitat characteristics and provide management recommendations.

During the study, nine active cluster sites were identified and monitored. At the end of the study, it was determined that with aggressive management, the preserve had the potential to support 25 clusters on about 5,000 acres of available red-cockaded woodpecker habitat.

This number may be an overestimation since the study considered only the welfare of red-cockaded woodpeckers and did not consider the critical importance that St. Sebastian plays in the survival of Florida scrub-jays.

In the next version of the recovery plan, the potential may be only 20 to 23 clusters. The red-cockaded woodpecker population at the preserve is listed as a central support population in the U.S. Fish and Wildlife Service Recovery Plan.

State and federal lands are designated as central support populations if they have the capacity to harbor 10 or more active clusters.

Since this initial two-year study and in collaboration with other agencies, the following actions have been taken to ensure the survival of the red-cockaded woodpecker population at St. Sebastian River Preserve State Park:

5. All cavities within clusters were cleaned, maintained and/or replaced when necessary.

The 2004-2005 active hurricane season in the region dealt quite a blow to red-cockaded woodpeckers at St. Sebastian River Preserve and nearly wiped out the entire population. Implementing the management strategies discussed above, the population has rebounded, and we currently harbor 16 active clusters in the 2019 breeding season.

St. Sebastian River Preserve State Park is one of only two state parks in the Florida Park Service system to harbor red-cockaded woodpeckers. Please visit the park to learn more about this important species.

During your visit, you might even enjoy a glimpse of this unique non-migratory cooperative breeder or hear the distinctive “sklit” and “churt” of this ambassador of the beautiful and diverse pine flatwoods.

The red-cockaded woodpeckers at St. Sebastian River Preserve State Park are representatives of ...the Real Florida! 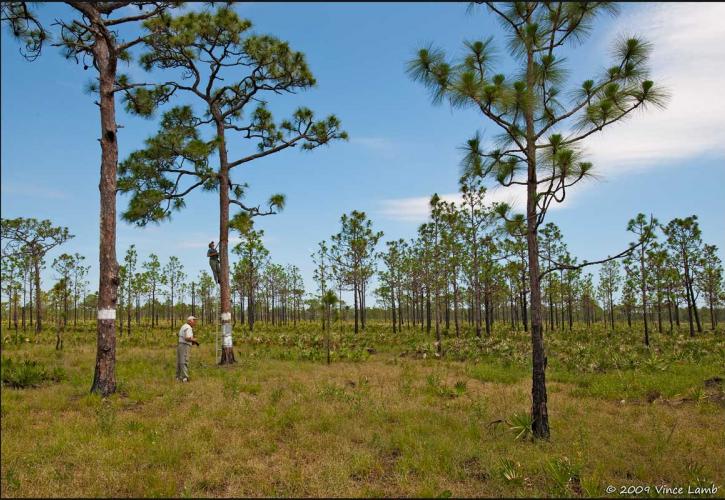 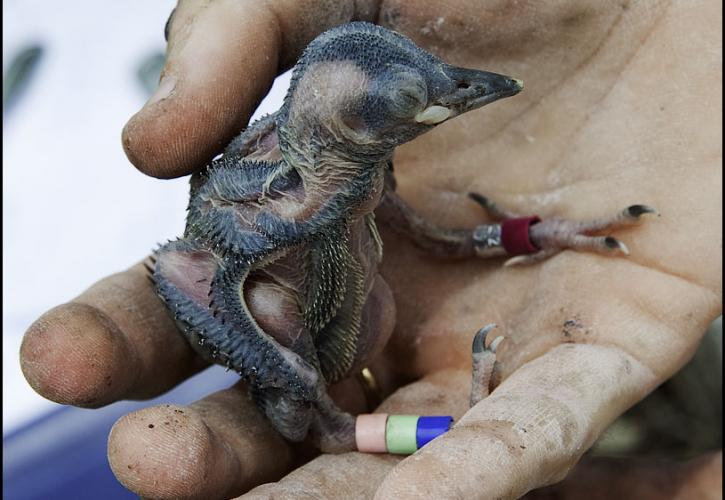