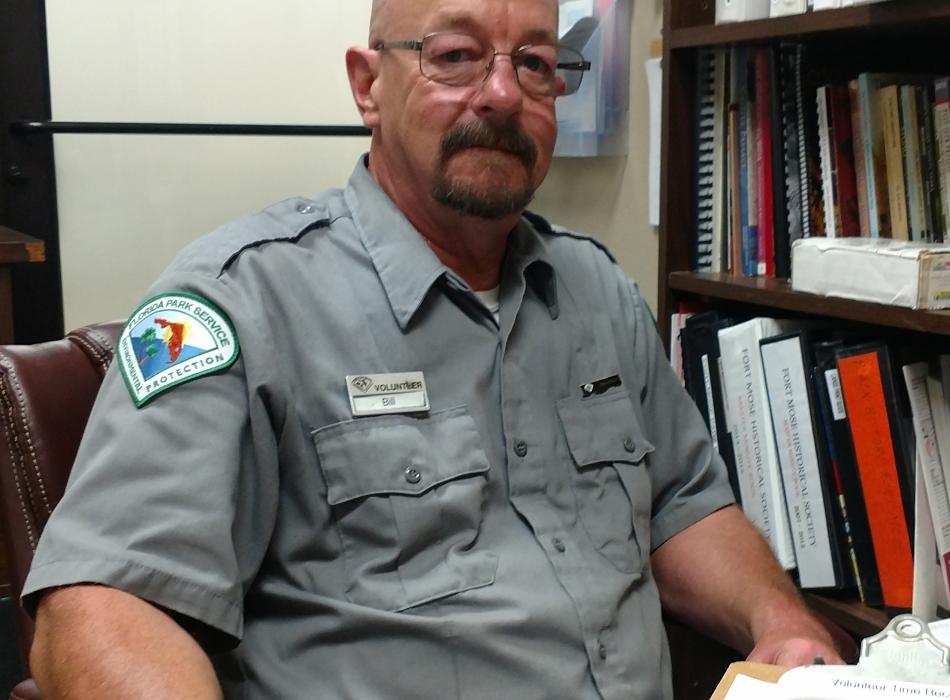 Florida Park Service Volunteer, Bill Baker, reigns from Litchfield, New Hampshire where he attended Hollis High School and learned his strong work ethic by starting to work at the age of twelve picking strawberries. He worked at the local Grocery Store and by the age of seventeen, quickly promoted to department manager where he remained and continued to promote into various roles. He retired not long ago, after 30 years of faithful service with this same employer.

Bill soon moved to Florida and eventually rejoined his High School Sweetheart Cindy. This couple started RVing, and volunteering at Florida State Parks, eventually ending up at Fort Mose a few seasons ago. Together they owned a home in Clearwater, Florida, but recently sold it to purchase a rental home here in Saint Augustine.

Mr. Baker has been both inspirational and instrumental in the operation and stewardship of Fort Mose. He has accomplished strong community ties and friendships. Bill has excelled at numerous park improvements over the last couple of years, and has made the park a safe and fun place to visit and work. He and Cindy, are enthusiastic outdoor people as motorcycle riders’, kayakers’ and canoers’, fishermen and hikers’. They’ve just announced their engagement and we hope that both, and especially Bill continues to make our business marriage a lasting one. We cannot thank him enough for his support and dedication!