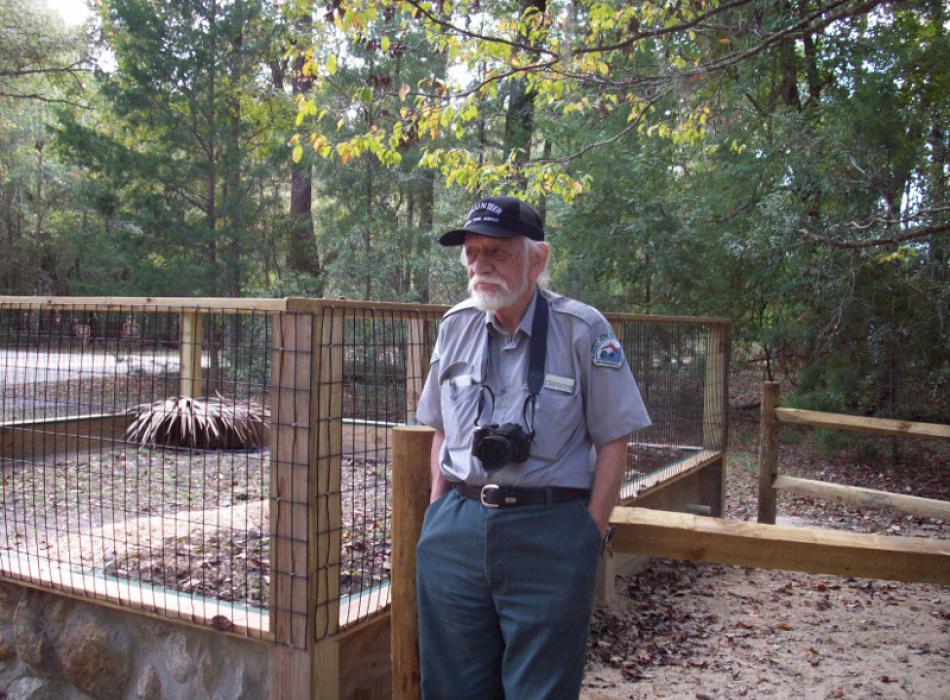 Bob has been associated with the O’Leno State Park for over 30 years. He began his involvement with the Florida Park Service covering nearby parks for local newspapers, eventually joining O’Leno State Park nine years ago as a volunteer. His experience as a Boy Scout nature counselor made him a perfect fit for the role of curator of O’Leno State Park’s nature center. As a trained academic researcher, Bob has studied the history of the town of Leno, the CCC and WPA, early years at the park and the surrounding area.

On a pleasant day at the park, Bob can be seen sitting in front of the nature center with a cup of coffee and a smile answering park visitor questions. He also interprets the park and its inhabitants with snake and turtle programs and is a wealth of knowledge on local geology and geography.

Have questions about flora, fauna or Florida folklore? Want to know the must-see attractions at the park? Stop by and ask Bob. You may even hear some classic Florida folklore tales, like why you will never see a mockingbird in Florida on Fridays. Children (and adults) of all ages are urged to stop by and say hello while enjoying a day at O’Leno State Park.