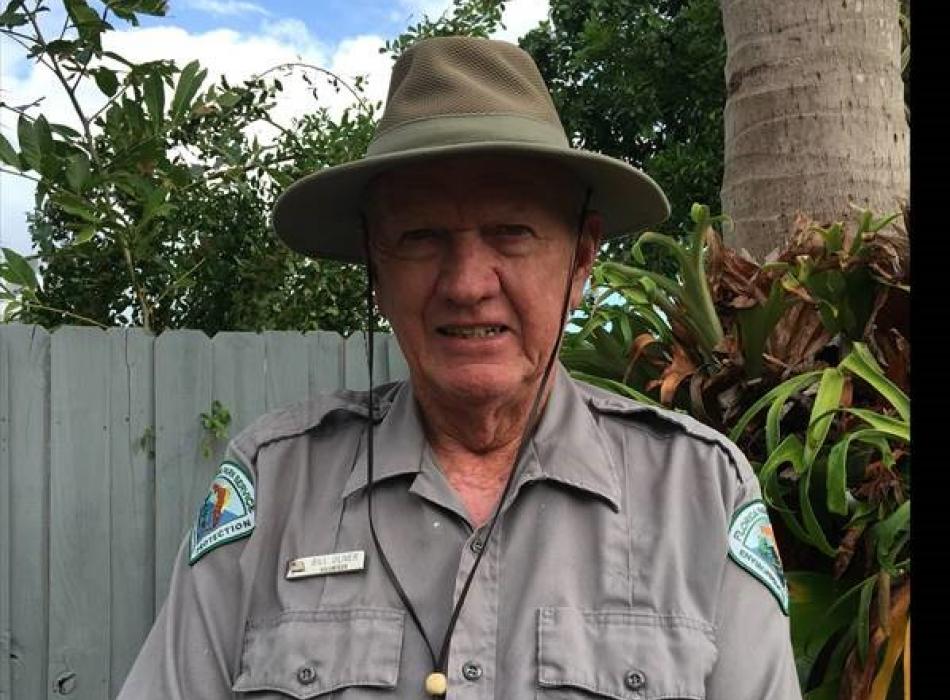 Bill Oliver is a local Fort Lauderdale resident who is always willing to put his time and energy into any kind of park project.

Bill has volunteered at Hugh Taylor Birch State Park for nearly four years now. Every Monday, Wednesday and Thursday he arrives at 8:00am-sharp willing to tackle any job, no matter how tough. When you visit, there’s a good chance you’ll spot Bill with his trusty hammer, saw or spray can. Bill has done everything from carpentry, plumbing, pressure washing, fencing, painting, plastering, lawn maintenance to driving the park trams. Point out any part of the park grounds and it’s likely that Bill has had a hand in repairing it! Bill is gracious and modest when he receives recognition because being an effective part of the park team means so much to him. He has even recruited his son, granddaughter and wife, Stella, to volunteer at the park.

Bill Oliver is an amazing team player, and leader, who cares deeply about the park and giving back to his community. He’s a vital part of our park family and an asset to the Florida Park Service. Bill and people like him truly make parks possible. Their work on the frontline makes everyone’s park experience better and is the foundation of the Florida Park Service’s mission to protect, restore and interpret Florida’s natural and cultural resources.