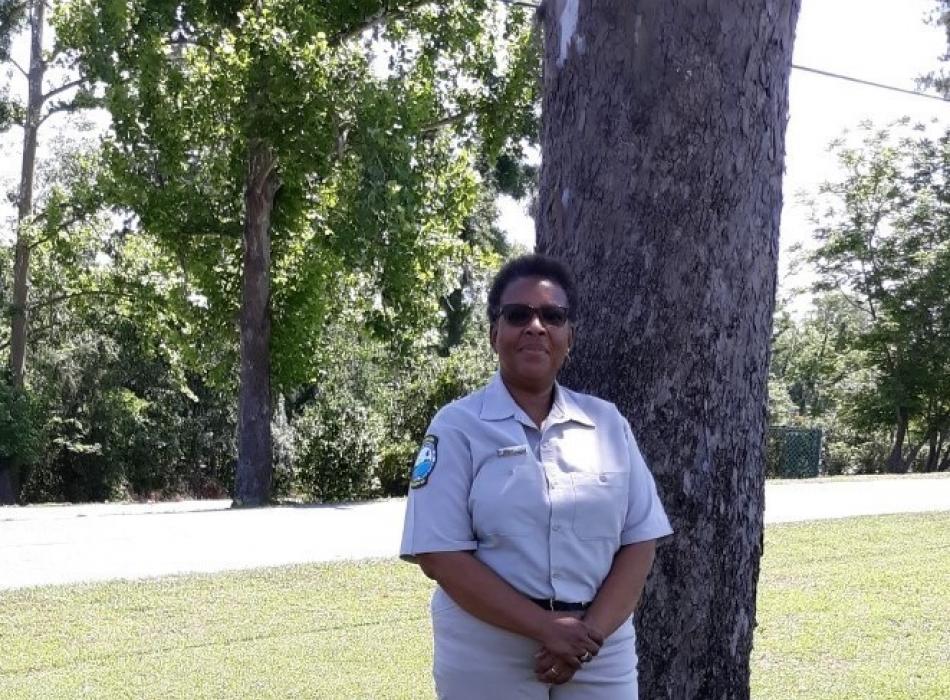 Shearyl is a fourth generation Floridian. She was born and raised in Marianna, Florida. As a child she visited Florida Caverns State Park with her church. They would gather at the Blue Hole Swimming Area for fellowship, games, swimming and picnicking. She also has fond memories fishing in the park with her mother when she was young. Shearyl was a teenager before she took her first cave tour.

Since her retirement, Shearyl joined the Florida Caverns State Park family as a volunteer in 2017. She enjoys working with visitors, greeting them as they enter the park. In November 2018 Shearyl was recognized as the Park Service District One Volunteer of the Month. She did such an exceptional job as a Volunteer when an OPS (part time) Park Ranger position opened she was asked to join our team as an employee. She makes an outstanding first impression for all visitors to the park. Shearyl greets all callers with a pleasant voice and is well-versed and knowledgeable about the park and surrounding areas. Her bright smile is the first thing that the excited visitors see when they enter Florida Caverns State Park.

Meeting people from around the world is one of Shearyl's favorite parts of the job. She says, “You never know who you will meet, or where they are from.” She has met visitors from Canada, Germany and as far away as Australia. They come in vehicles of all types, old Volkswagen Vans, 1970’s vintage RV’s, she even had a gentleman arrive in a model T car pulling a small pop up trailer.

Shearyl is an integral link in our team, and we are honored to have her at Florida Caverns State Park.