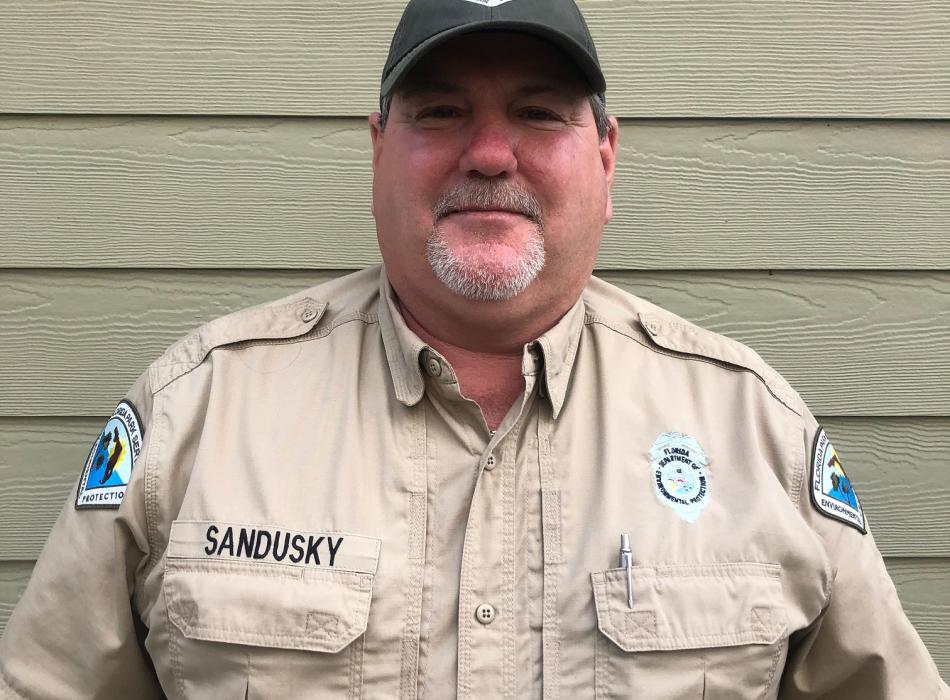 Park services specialist Ricky Sandusky works hard to make Falling Waters a welcoming place. Ricky brings his knowledge and skills he gained from his time as a park ranger at Florida Caverns State Park and Three Rivers State Park. He always goes above and beyond to do his best.

Ricky’s efforts in the aftermath of Hurricane Michael helped the park reopen quickly after damage that made the campground unrecognizable. With Ricky’s hard work and his leadership Falling Waters recovery has been steadily improving. Ricky enjoys spending time with his wife Tammie, his granddaughter Savannah and following his daughter Victoria and son William as they are both in the Army. Falling Waters is a better place because of Ricky.