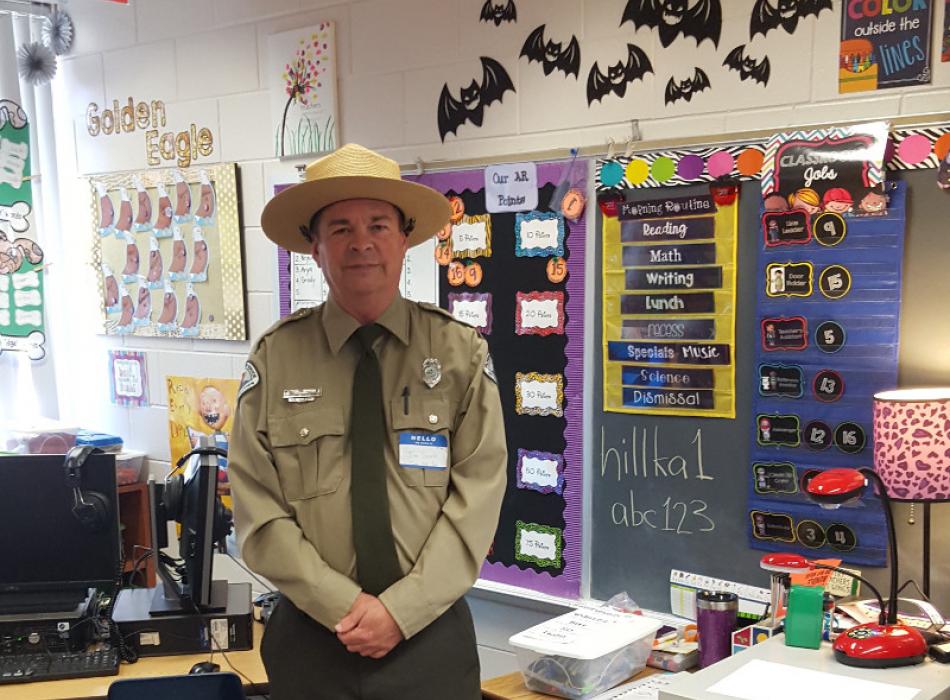 Jim South was born in Canton, Ohio, and spent most of his life in the Florida Keys. There he gained experience in hospitality, wild bird rehabilitation, and archaeology before moving to North Florida in 2006. He attended Santa Fe College and the University of West Florida and received a bachelor’s degree in anthropology/maritime studies. It was his passion for Florida archaeology that attracted him to the Florida Park Service, where he is able to utilize his knowledge of Florida prehistory to “preserve, interpret and restore natural and cultural resources,” as it says in the FPS mission statement.

Jim began his Florida Park Service journey through a college internship and as a volunteer at O’Leno State Park, before being hired on as a park ranger at Dudley Farm Historic State Park. He also spent a couple of years as park ranger at Stephen Foster Folk Culture Center State Park before returning to O’Leno and River Rise Preserve State Park, the parks that he calls home.

Jim’s favorite time of year at River Rise is winter as the cooler weather enables more opportunity to explore and monitor the park’s historic and archaeological sites. O’Leno and River Rise abound with history, and Jim considers it his responsibility as a steward to preserve and protect these valued resources.