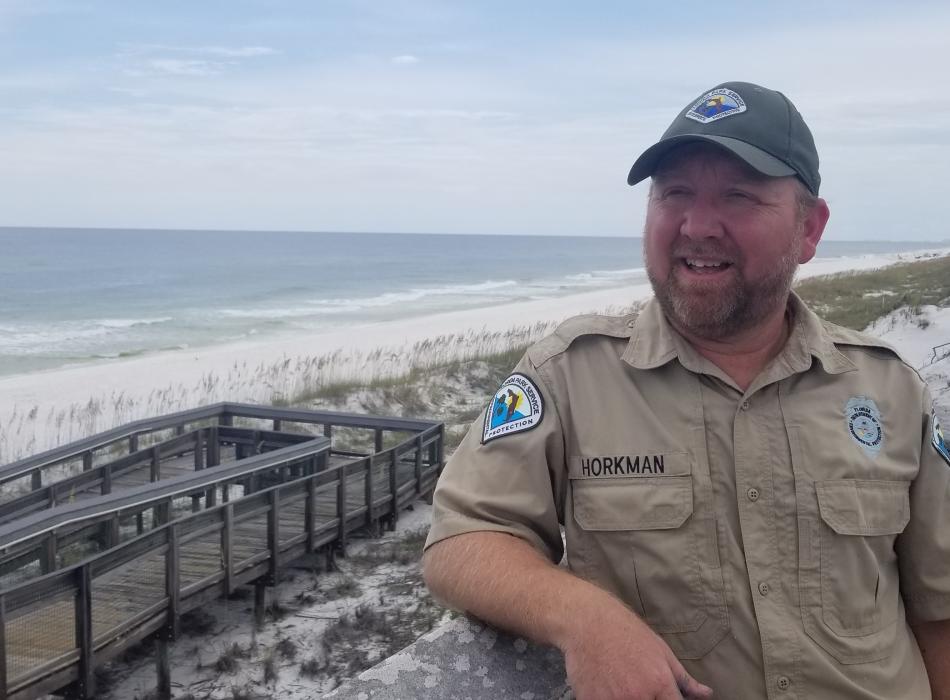 As a Panama City native, Chris Horkman spent his childhood summers fishing, surfing and camping at St. Andrew State Park. In 1997 he decided to join AmeriCorps with his mother, who always encouraged his love of the outdoors. After a year of volunteering with AmeriCorps, his mother proudly accepted a position as a Florida Park Ranger.

Some favorites about his job include instructing surf fishing in the Gulf of Mexico and discussing the globally rare coastal dune lakes with park guests. Above all, Ranger Chris Horkman strives to help park guests have the most enjoyable time they can while visiting the real Florida.