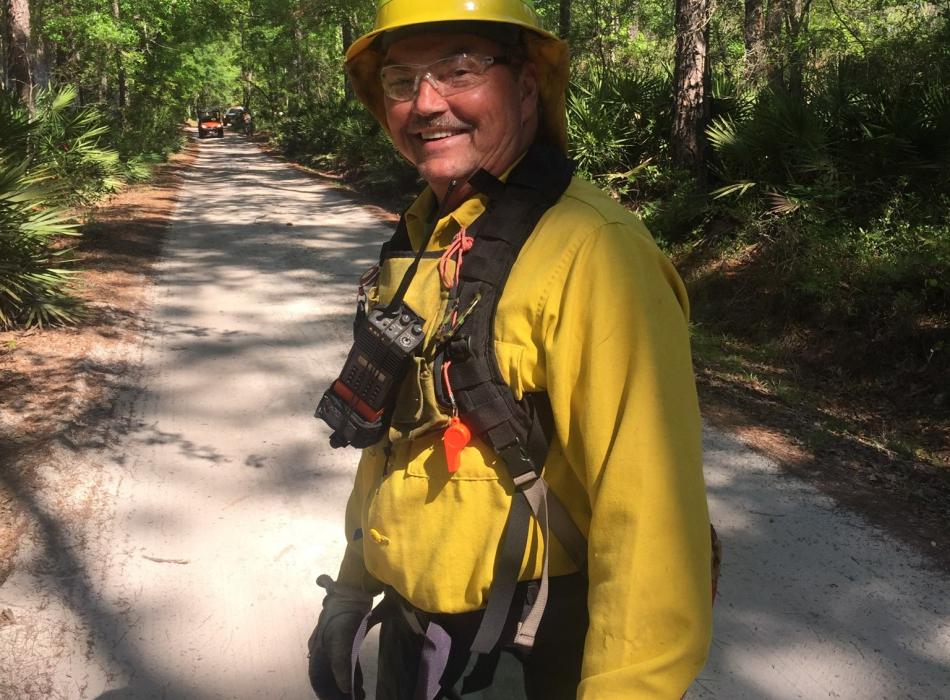 Billy Harrison grew up in Georgia.  He worked outside most of his life farming.  Billy moved to Florida with his family in 2007, taking on a managerial role for building maintenance with the state of Florida. Taking on this new role kept him working inside for nine years.  As he had always had a love of the outdoors, he sought out a new occupation and came upon the park service.

Billy is the park ranger at Lake Talquin State Park.  He interprets the cultural and recreational resources of the park to all visitors, individually and in groups. He also hosts a Junior Park Ranger program annually.  He can be found in the park woods manicuring trails, looking for exotic plants and animals, and ensuring safety of his visitors by inspecting public areas. Billy also greatly enjoys being involved in the park’s prescribed fire program to remove exotic plants and restore vegetation and homes for all kinds of animal species.

Billy’s vision for the next 3 – 5 years is to see the park grow by adding camping areas and additional recreational opportunities.  He enjoys working with the Junior Rangers, scouts and school age children and hopes their interactions may lead to a future with the park service. Billy takes much pride in his park and hopes that young and old alike will find something appealing, from fishing, hiking the trails and enjoying the governor award winning pavilion.