Nearly 20 years of planning by the Stephen Foster Memorial Commission culminated in the erection of the 200-foot high campanile and the selection of the Deagan carillon as tribute to the composer of Florida’s state song, “Old Folks at Home” in 1957.  Members of the commission traveled thousands of miles over many months auditioning European and domestic bell instruments before selecting the American-made carillon to become the musical voice of the park.

The 97-bell carillon is one of the largest musical instruments ever produced in the Western Hemisphere, and the world’s largest tubular bell carillon. It was built by J.C. Deagan, Inc., Chicago, at a total cost of just under $120,000. It took Deagan craftsmen more than a year to build the huge set of bells, the greatest manufacturing project in the firm’s history. The carillon consists of three sets of 32 bells sounded by powerful electric striking actions played either manually or fully automatic. The largest, low C bells weigh 426 pounds each and are 12.5’ long; the smallest, high G bells weigh 69 pounds each and are 3.5’ feet long.  The huge wood rack which supports the entire 27 tons of 97 tubular bells, striking actions and dampers measures 21’ high, 15’ long and 11’ wide. 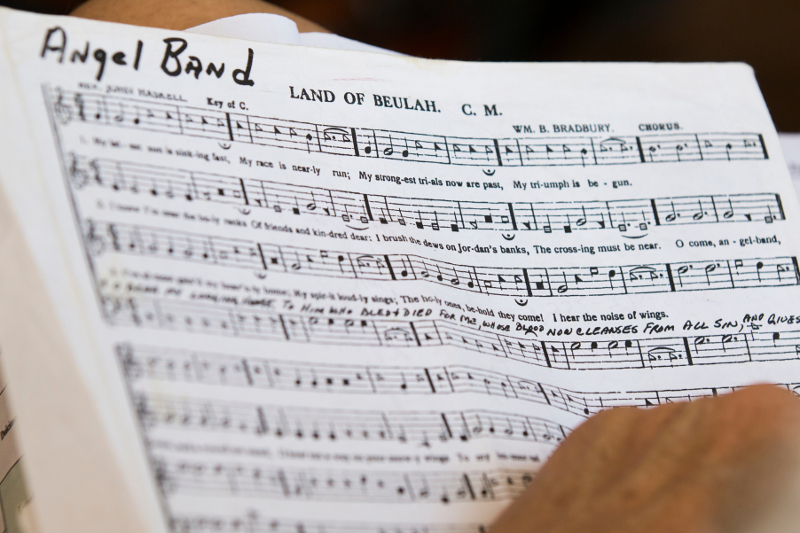 The carillon was silenced for a period during the early 1980s due to the maintenance costs of the aging system.  Two park rangers at Stephen Foster Folk Culture Center State Park taught themselves how to repair the carillon over the following decade.  After their retirement they continued to return on a regular basis to maintain and repair the system. Unfortunately during the summer of 2017 electrical damage was sustained in a storm and the bells were silent once again. Thanks to the efforts of the Stephen Foster Citizen Support Organization, the bells have been temporarily repaired and are currently ringing. 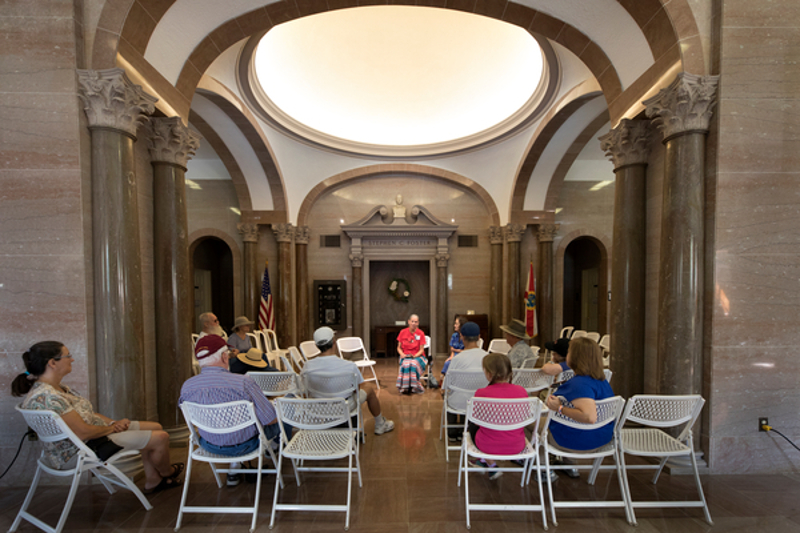 The project to permanently restore the bells will cost over $86,000. The Verdin Company (who purchased the J.C Deagan company) has been creating and repairing bells and carillons for over 170 years, and has been tasked with making the bells 100% operational once again. The Stephen Foster Citizen Support Organization, Inc. (501(c)3) is seeking funds to protect, preserve and restore the historic cultural resources of Stephen Foster Folk Culture Center State Park’s beautiful Tubular Bell Carillon.

Historic restoration is necessary for this great community icon, so that the memory of Stephen Foster and a unique part of Florida culture may be preserved into the future.